Facebook overtakes Amazon as stock most held in Top 10

Amazon Inc. has been overtaken by Facebook and Microsoft, in terms of the stock that is most held at a Top-10 position, by hedge funds. The data has been revealed by Goldman Sachs. 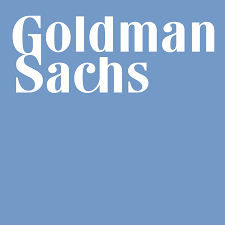 The bank released its hedge fund VIP list for this quarter, and the Top 5 consist of the same companies that had made it to the list last quarter as well. This time around however, the ranking is different, with Facebook being in the lead. It is followed by Microsoft, Amazon, Alphabet, and Alibaba, in that order.

The data was accumulated by analyzing the holdings of some 807 hedge funds, which have $2.7 trillion in terms of gross equity positions. The study was led by Ben Snider, and focussed on the start and end of the second financial quarter of 2021.

27% of the hedge funds analyzed had shares from Facebook, and out of those, 57% owned it as a Top-10 holding. Amazon, on the other hand, saw quite a huge dip in terms of hedge fund ownership.

The analysts said that the VIP list has missed from its S&P 500 mark by around 11 percentile points for the last 3 months. They added that this slip has almost made the VIP list hit a value equal to the current lowest in its 20-year long history.

The analysis also revealed that Growth stocks like Twitter, Snowflake, and Illumina, saw some of the largest increases in ownership, as compared to the last quarter.

Additionally, factor tilts towards Growth saw a dip as it went below the 20-year average to fall to the lowest in 5 years, equalling that of the third quarter in 2018. Positions in Growth sectors, such as Tech, fell, while those in Value, including Financials and Energy, increased.