“Facebook should not try to copy TikTok”- Blake Chandlee

Facebook and TikTok are again coming head to head, as reports suggest Facebook (now Meta) is tweaking their algorithm to make social media apps like TikTok.

TikTok’s president of global business solutions Blake Chandlee while talking to CNBC made it clear that TikTok was an entertainment app while Facebook is a social media app. He asked how can Facebook just make changes in its algorithm and called TikTok a significant competitor.

Blake Chandlee said that trying to make Facebook like TikTok will have a massive impact on the social media app. As Facebook is a social media platform for people to connect and interact, making it like TikTok which is purely for entertainment purposes will result in a major failure.

Chandlee reminded everyone about the fate of Google +.

Google+, launched on June 28, 2011, as a Google product to take on other social media giants of those times. Google + focussed on social media engagement of users, circle groups, events, discovery page etc.

Even though the application got a good response in the early stages, soon users lost taste in the features provided by the app. The user base started to erode slowly. By April 2019, the Google+ consumer version got shut down.

Google which was a perfect search engine company tried to appropriate features of social media. And as we all know, it was an utter disaster.

Blake Chandlee said that he was part of Facebook at that time and had experienced the rise and fall of google+.

Chandlee said that his experience in the past makes him believe that TikTok will win this battle.

He also reiterated that TikTok has no plans to make changes to the app to be a social media application. TikTok is an entertainment app and will stay as one.

According to an internal memo accessed by The Verge, Facebook has asked its employees to make necessary changes to the app to make it more like TikTok. 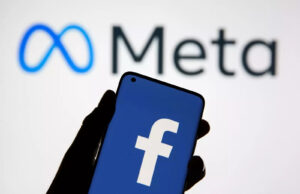 The internal memo said – “Rather than prioritise posts from accounts people follow, Facebook’s main feed will, like TikTok, start heavily recommending posts regardless of where they come from,”

Internal memo also hints that Messenger and Facebook app which got spilt up a few years ago might be coming back to take on messaging feature on TikTok.