Facebook parent company, Meta was sued on Monday, February 14. Texas Attorney General, Ken Paxton reportedly filed a lawsuit against Meta for illegally collecting Texans’ biometric data. This was said to be done systematically and illegally, without the consent of the users. 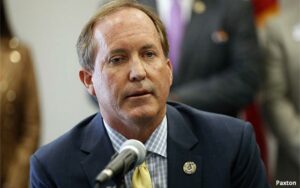 A similar claim was made in a class action case when Meta was still Facebook. Facebook had allegedly violated the Illinois Biometric Information Privacy Act and had to settle for $650 million in 2021.

Just like this suit, the 2021 violation was for collecting data of people’s faces without their consent. It was an extension of its feature which comprised the photo-tag suggestion tool.

Due to numerous complaints, Facebook had announced in November last year that it would disable its feature which used the facial-recognition system. Facebook has more than a billion users and this feature works towards identifying faces in photos and suggesting profile tags for them.

Texas’ lawsuit filed by Paxton claims that Facebook violated Texas law for not gaining user’s consent to collect their data. They even failed to destroy the data in time and violated Texan’s rights when they did not even use Facebook’s services. The biometric data was collected from photographs uploaded on others’ profiles. This was said to have been done millions of times.

The lawsuit urges the state to enforce a penalty of $25,000 per violation of the Texan law. That is, for every illegal collection of biometric data, transfer of it to a third-party and failure to delete the data at a reasonable time.

Facebook was accused of violating the Deceptive Trade Practices Act of the state, for they mislead consumers. Hence, another $10,000 civil penalty would be charged per violation.

Owing to the number of times the violation took place, total penalties could add up to billions of dollars. The figures were confirmed by Ken Paxton himself in a press conference.

Though Facebook marketed the tag-suggestion recognition feature, users did not realise its function, claims Texas. By accepting or rejecting tag suggestions, users’ response were aiding Facebook to train its artificial intelligence system to go on recognising these faces.

After Illinois, this plaintiff from Texas charges Meta’s Facebook for risking users’ data. They put the data in danger for they could easily be stolen and used for other purposes.

Meta is yet to give a statement on the situation. Now it is to be seen what verdict follows the lawsuit, and what updates Facebook would introduce to strengthen its privacy settings.