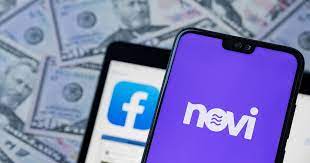 Novi, Facebook’s digital wallet business, will launch a test program in the United States and Guatemala on Tuesday, letting users start trading the Paxos Dollar (USDP). Coinbase, a cryptocurrency exchange, will act as the program’s custodian.

Coinbase will provide custody services, while Paxos will supply the stablecoin Novi will use

According to a Coinbase blog post, users can acquire USDP through Novi, and Novi will deposit the proceeds with Coinbase.”This does not imply that our support for Diem has shifted,” according to a Facebook press statement. “Once Diem achieves regulatory approval and goes live, we plan to debut Novi with Diem.”

According to Facebook, the pilot has already gone live, although it is being carried out gradually on the Apple App Store and Google Play Store. Novi and Diem were first revealed by Facebook in June of this year. The wallet, formerly known as Calibra, was created with the intention of supporting the then-Libra stablecoin before regulatory pressure forced a shift in the project’s purpose.

Say goodbye to delays and fees and say 👋 to Novi — currently rolling out in Guatemala and most of the United States on the Apple App Store and Google Play Store. Check back here for the latest updates on availability, or visit https://t.co/STs3PiQnvv pic.twitter.com/ESoavo5nym

In an open letter sent just hours after Facebook announced the launch of a pilot program for its Novi wallet business in the United States and Guatemala, lawmakers warned Facebook cannot be trusted to protect user data or run a payments network.

Facebook will allow users to purchase Paxos dollars (USDP) and save the funds with Coinbase as part of the trial initiative. “We encourage you to end your Novi pilot immediately and commit to not bringing Diem to market,” the lawmakers wrote on Tuesday.

Other encounters with Congress, including suspicions that Facebook may have deceived lawmakers in the past, were also mentioned by the MPs. Tuesday’s letter also mentioned that financial regulators are actively looking into the worldwide stablecoin market, with the President’s Working Group on Financial Markets anticipated to issue at least one set of recommendations soon.

“You have not provided a satisfactory explanation for how Diem will prevent illicit money flows and other criminal behavior,” they stated, in addition to the risks that products like Diem bring to financial stability. “We look forward to responding to the Committee’s letter,” a Novi official said after the piece was published.