FedEx is Closing some Operations, Parking some Aircraft, and Halting Employment.

As its CEO prepares for the recession, FedEx is closing some operations, parking some aircraft, and halting employment.

Raj Subramaniam, CEO of FedEx, believes that a global economic downturn is imminent and that the company is experiencing volume declines in every market across the world.

Subramaniam, who assumed the top position in June, stated in an interview with Jim Cramer of CNBC that FedEx’s low first quarter results were caused by deteriorating global shipment volumes. The results we just announced, I’m really unhappy,” Subramaniam stated. 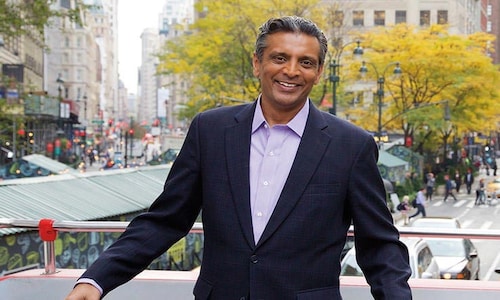 In order to counteract the drop in the number of parcels being shipped around the world, FedEx announced it would be closing stores, corporate offices, and delaying new employment.

Subramaniam was quoted by the Wall Street Journal as claiming that FedEx would be eliminating 90 office locations and five corporate offices, delaying new employees, parking some cargo aircraft, and scaling back Sunday ground operations. He omitted to mention whether the business was laying off employees.

According to the CEO, despite the company’s expectations, demand decreased once factories in China that had been closed due to COVID-19 reopened.
“I think so,” Subramaniam responded when asked if the economy is “heading into a worldwide recession. But as you well know, these stats don’t look promising.

The Memphis-based corporation has issued a warning that decreased worldwide volume and current business conditions could lead to significant deterioration in the current quarter.

Weekly declines at the company, in Subramaniam’s words, indicated that “the economic conditions are not particularly favourable” at this time.

The company’s estimates for FedEx Ground’s revenue were around $300 million off. The segment primarily manages US e-commerce delivery. However, FedEx Express’s business decreased as a result of difficulties in Europe and poor economic trends in Asia. There was a $500 million revenue gap in the segment.