Fisker Pear electric is the cheapest and smallest model in the lineup It is a four-door, four-seater convertible priced at $29,000

Fisker released various teasers in the past few days showcasing Ronin. Initially, it was assumed to be a sedan, however, it now looks like a four-door, four-seater convertible. Priced at $29,000 this will be the cheapest and also the smallest one in the lineup. It is an upcoming entry-level model, the Pear. 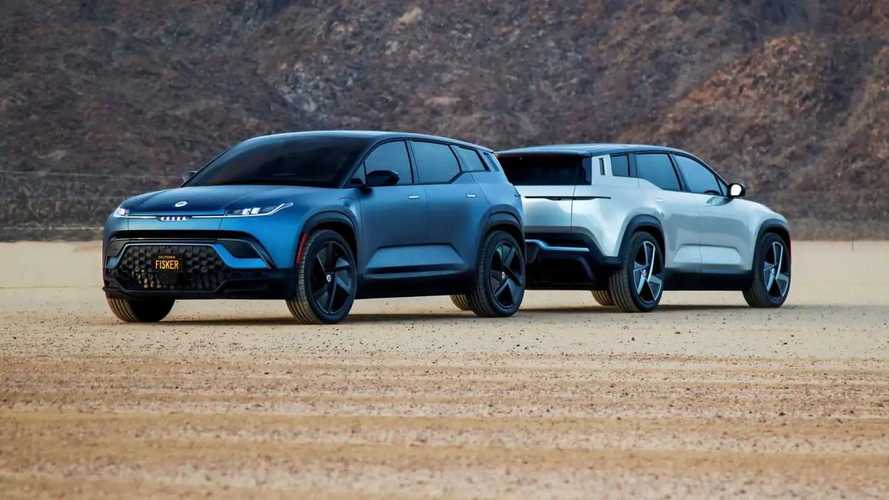 Earlier it was shown from a top-down perspective. After that, another teaser was released and it showed the front three-quarter perspective of the Pear. The front fascia is similar to the Fisker Ocean and also the side profile and proportions are similar.

Despite looking like its other vehicles in the lineup, the vehicle has a sporty-looking hatchback. It seems to be smaller than Ocean and also $10,000 cheaper than Ocean. The battery capacity and range are also expected to be lower as it is a smaller and cheaper vehicle. Its range is not the main priority as the Pear will be a nimble urban runabout. The vehicle production will start in 2024 along with the Ronin sports car. It is known that Fisker will manufacture the Pear along with Foxconn. Fisker’s Magna Steyr will be made by another company, and the production is set to begin this year.

The Ocean is all-important for Fisker because it is the first production car to bear this name since the promising (and pretty) Fisker Karma (which was a flop that resulted in the company’s bankruptcy at the time). It needs to get things right with the new electric SUV in order to gain buyers’ confidence, although the company does report that it already has over 40,000 reservations, so maybe the current incarnation of Fisker is more credible than the entity that produced the Karma.

“The PEAR will be a revolutionary electric vehicle that won’t fit into any existing segment. The exterior design will feature new lighting technology and a wraparound front windscreen inspired by a glider plane glass canopy, enhancing frontal vision,” Fisker Chairman and CEO Henrik Fisker said. “Our engineering group is working on new features and high-tech solutions for the PEAR that will change how we use and enjoy a vehicle in the city,” Fisker added.

The Fisker PEAR follows the company’s first vehicle, the Fisker Ocean, which starts production in Austria on Nov. 17, 2022. Fisker has designed and engineered the vehicle to reduce parts for rapid, simplified manufacturing. The Fisker PEAR will be built on a new proprietary architecture. This new platform will underpin two additional models that Fisker will introduce at a later date.