Following price recovery, the market cap of MATIC surpasses that of Shiba Inu

Polygon (MATIC) has had an excellent start to 2022, rising to become the world’s 13th largest cryptocurrency after a price increase due to increased investment. The market cap of MATIC surpasses that of Shiba Inu on January 11 after a strong rebound.

The market cap of MATIC surpasses that of Shiba Inu 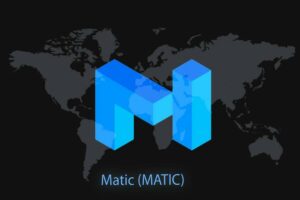 According to Coin Rivet market data, MATIC’s market valuation increased to $16.09 billion, beating Shiba Inu’s $15.72 billion. At the start of the week, the cryptocurrency market was experiencing a downturn, and savvy investors piled into MATIC, Chainlink, and Fantom in big volumes.

Plonky2 is a recursive SNARK that is 100x faster than existing alternatives and natively compatible with #Ethereum.

A 🧵 on why this is exciting… pic.twitter.com/bGOdtyqwM4

Several recent Polygon activities may have influenced the investment in MATIC, including the announcement yesterday of The Associated Press launching an NFT marketplace for historic photojournalism that will be minted on the Polygon blockchain.

Polygon also used Twitter to announce the release of Plonky2, a recursive SNARK that, according to the company, is 100 times quicker than existing alternatives and is Ethereum natively compatible.

Plonky2’s potential and what it does for its ecosystem were discussed in depth by the Polygon team.

The team tweeted, “The unique properties of Plonky2 open the way for future engineering breakthroughs like horizontal scaling of blockchain networks, where the throughput rises with every node added to the network.”

“The Polygon ecosystem will be able to construct the most performant and scalable L2s thanks to Plonky2.”

On January 11, speculators jumped on the cryptocurrency market’s decline, boosting Polygon (MATIC) by around 16 percent. The news that the Associated Press is planning to launch its NFT marketplace on the Polygon blockchain was also warmly received by the Polygon community.

According to statistics from WhaleStats, a large number of investors purchased MATIC tokens worth millions of dollars. Polygon recently released Plonky2, a recursive SNARK that is 100x quicker than existing alternatives and fully compatible with Ethereum.

Polygon has announced the arrival of the London hard fork on its mainnet, following a successful EIP-1559 upgrade on its Mumbai testnet in 2021. EIP-1559, which introduces the burning of MATIC tokens and other important EIPs, will go live on mainnet on January 18 at 8:00 a.m., according to the announcement (UTC).

Also read: Everything You Need to Know About Revain Cryptocurrency