Despite a global scarcity of computer chips that reduced manufacturing output in half, Ford Motor Co. turned a surprising second-quarter profit because to sky-high sales prices for its pickup trucks and SUVs.

The Dearborn, Michigan-based business announced on Wednesday that it made $561 million in the first half of the year, owing primarily to cost savings and higher-than-expected vehicle pricing. 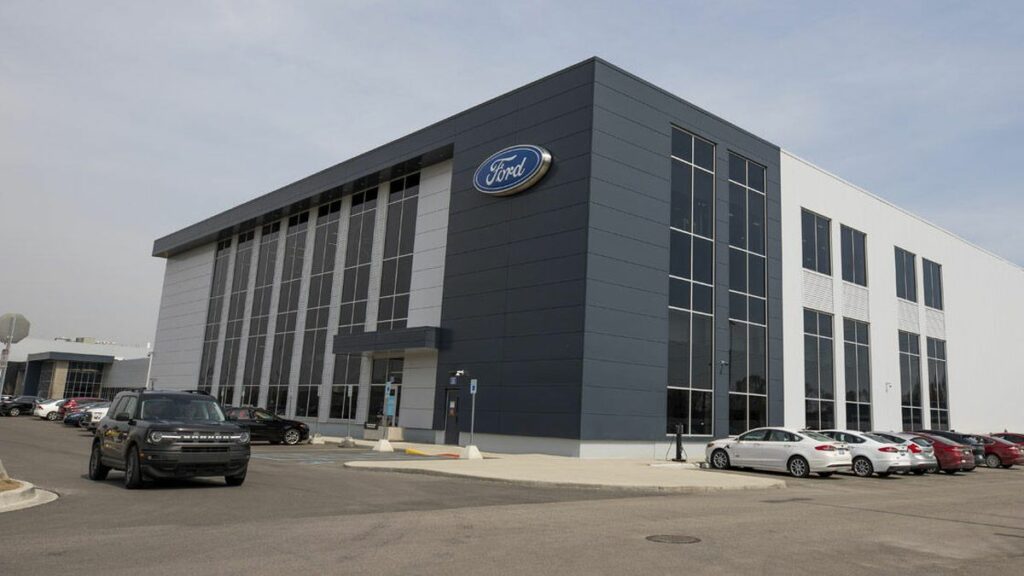 The chip shortfall and a fire at Japanese supplier Renesas, which makes many of the carmaker’s automotive-grade semiconductors, caused the automaker to report a second-quarter loss earlier this year.

However, eliminating one-time factors, Ford shocked investors by earning 13 cents per share. According to FactSet, this was considerably better than Wall Street projections of a 3-cent-per-share loss.

Revenue came in at $26.8 billion, which was also above than experts’ expectations of little over $23 billion.

Following the announcement of the earnings report after the closing of Wall Street’s regular session on Wednesday, Ford’s shares was up over 4% in extended trading.

Ford increased its full-year pretax income estimate by roughly $3.5 billion to $9 billion to $10 billion. However, it warned that increased commodity costs and capital investments would counterbalance a 30 percent increase in second-half wholesale volume over the first half.

Ford’s company is “spring loaded” for a comeback when chip supplies stabilise, according to CEO Jim Farley. Orders for the electric Mustang Mach-E SUV and the new Bronco SUV are up.

Why the market loss?

Short supplies, according to Ford’s CFO Lawler, are to blame for the market share loss, as companies have been forced to close owing to a shortage of chips. He believes the firm has a strong chance of regaining that market share when the shortfall eases, and that the company would work hard to satisfy orders.

What to expect in next quarter?

According to Ford’s Chief Financial Officer, John Lawler, output would increase in the second part of the year. Due to new cars, he claims the company now has a bank of orders that is seven times greater than it was a year ago. For example, Ford has around 120,000 reservations for the new F-150 Lightning electric pickup vehicle, with roughly three-quarters of them being new Ford customers, he added.

In April, Ford estimated that the chip shortfall would reduce its second-quarter output by 50 percent, or 1.1 million vehicles globally. According to Lawler, the company lost roughly half of its global production, with plant output falling 700,000 cars short of Ford’s initial projections. However, he said that the business assigned available chips to its most profitable automobiles.

According to Lawler, the manufacturing line at the Renesas factory that was damaged by the fire should be able to produce more in the second part of the year, easing some of the chip shortfall. He expects the shortfall to go through this year and into the first half of 2022, according to him.

However, Lawler warned that rising raw material prices will shave $2 billion off the company’s pretax profit in the second half. Additionally, pretax profits at Ford’s credit business, which were $1.6 billion last quarter, are expected to decrease $1 billion from the first half as the value of cars returning from leases approaches typical levels.

High prices are expected to persist as long as there is a supply-demand mismatch, according to Lawler, though he expects prices to drop somewhat in the fourth quarter.

According to Lawler, the business has built and stored 60,000 to 70,000 automobiles without chips, which it plans to fix whenever the necessary components are available. According to him, Ford will boost checks to ensure that the vehicles are of the same quality as those that came off manufacturing lines.