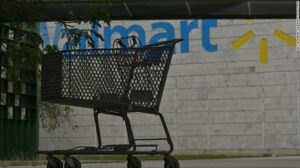 The Federal Trade Commission of the United States brought legal charges against Walmart on June 28 claiming that the retail corporation had permitted fraudsters to exploit the capital transfer feature of the corporation to bring about scams that have caused a disservice to the customers of more than a hundred million dollars.

The American multinational retail corporation also operates some monetary services apart from its groceries stores and supercenters. These monetary services of the firm behave as a medium for capital transfer from one Walmart store to another located in different areas and transferring money to any of the agents of Walmart living at any place over 200 states or territories or more. These monetary services are namely, MoneyGram, Ria, and Western Union. Up to $25,000 can be sent using the service Ria.

The Federal Trade Commission claimed that the retail corporation’s guidelines for many years were to raise compensation if a scam was speculated but the corporation did not have any other policy to bar its customers from being cheated because of which a number of customers were defrauded for more than a hundred million dollars.

The multinational firm falsified these accusations and said that judgment is practically inaccurate and lawfully unproven.

In the lawsuit registered on June 28, the commission claimed that the corporation was proved to be unsuccessful in keeping the monetary services safe or taking action against the fraudsters’ activities. It further said that Walmart did not give proper instructions to its staff, was unsuccessful in cautioning the consumers, and used methods that permitted scammers to cash out at its stores.

The statistics of Walmart between the years 2013 to 2018, as shown by its associates depict deceitful activities happening at the stores of the corporation in which a huge amount of capital of around $197 million was transferred (either sent or received) and a higher amount of $1.3 billion related to the fraudulent programs.

The agency said that the staff was directed by the company to accomplish the transactions even if they detect any kind of scam. The fraudsters could easily collect a huge amount of cash deposits at the company’s store showing a false ID, the commission added further. It also called the company’s anti-fraud guidelines defectively implemented.

After the FTC brought charges against the retail corporation it released a public statement on June 28 saying that alleging an extraordinary development of the commission’s jurisdiction, the FTC aims to accuse the corporation of a scam that the commission already applied to another corporation when it was under the direct regulation of the federal government. The retail corporation further added that it had tough anti-fraud measures which safeguarded its consumers.