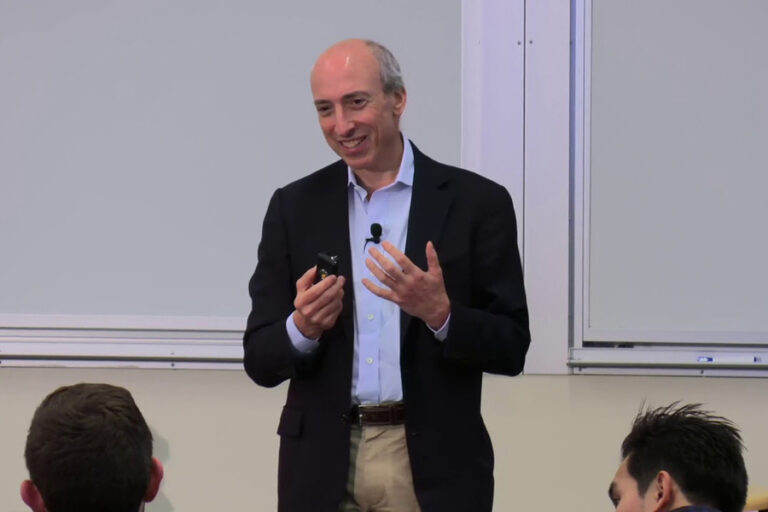 Gary Gensler is the United States securities and exchange Commission chairperson. In his recent interview with Yahoo Finance has mentioned that the bankrupt cryptocurrency exchange platform FTX had violated the rules set up by US SEC regarding securities. FTX platforms used the customer’s assets for doing all the trades with its sister hedge fund company Alameda research.

What is the opinion of US SEC Gensler on the FTX case?

Gensler Further in his recent interview with Yahoo finance mentioned that it is not so important that he spoke to anyone regarding any case or the situation but all the rules set out by US SEC regarding the customer’s funds usage into the company’s management have to be properly managed Systematically segregated by the companies in the US.

Gensler also mentioned that any company that has been running a market exchange should not be having any brokerage firm or hedge fund form or any other exchange as a side-aligned business to the main company with which they will be working on its trades with help of customers funds in the company.

As a part of traditional securities laws in the US, any company who is having the user’s fund is not allowed to continue working in the company domains in which they will be able to lend, trade, or operate the user’s fund or operate any hedge fund under its company.