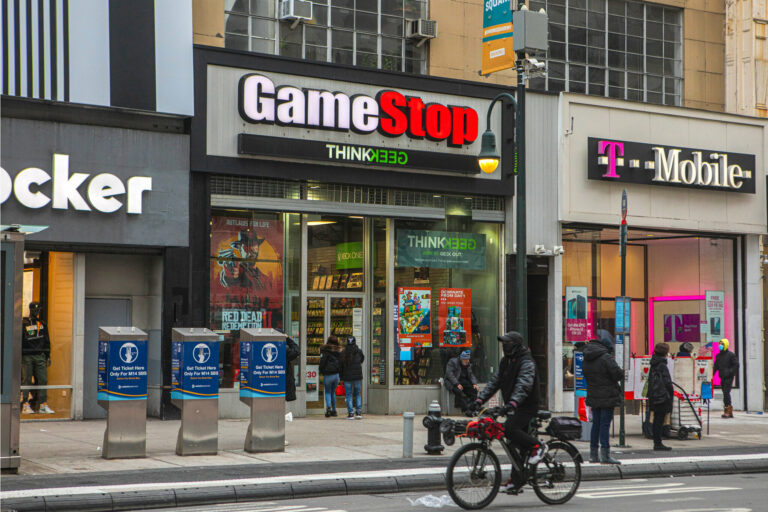 GameStop to launch its NFT Marketplace

In February, GameStop, one of the original meme stocks, said it would be partneringwith layer 2 system Immutable for the launch of its NFT plans. In its earnings release, GameStop said the partnership would provide it with up to $150 million in Immutable X IMX tokens upon achievement of certain milestones.

GameStop gave few details about the marketplace aside from saying it had hired “dozens” of people “with experience in areas such as blockchain gaming, e-commerce and technology, product refurbishment and operations.” The company officially announced the marketplace in early February, with the new details coming to light on its fourth-quarter earnings call on Thursday.

GameStop teamed up with Australian gaming company Immutable X to get the marketplace and NFT ambitions off the ground. The duo announced a $100 million fund for NFT gamers, and Immutable X vowed there would be zero gas fees for minting and trading NFTs to keep costs low. The startup is also providing GameStop with $150 million in IMX tokens for reaching certain milestones.

Last February 3, GameStop announced that the marketplace would be launched by the end of 2022; however, according to the new report, the launch date has been changed to late July of this year.

On the other hand, GameStop announced the creation of a $150 million fund in IMX tokens —the official cryptocurrency of Immutable X— that will be delivered to the company upon reaching specific goals. Part of that money will also be used to provide financial support to content creators and developers of the platform.

GameStop has already hired dozens of people specializing in games, blockchain, e-commerce, and various technology areas, so perhaps the marketplace could arrive sooner than expected.

Early last year, GameStop shares experienced exponential growth of more than 100% daily after several Reddit users joined forces to buy the company’s stocks in order to make Wall Street investors suffer. This endeavor ended up in what has been called the “mother of all short squeezes” on Reddit’s forums.

Although the move by Reddit users didn’t last long, it pushed the company’s stock price from $17 to a peak of about $482. Yes, the stock plummeted shortly after, but it is currently trading at $87 —which is still a significant rise, all things considered.

GameStop is not alone in its Web3 ambitions. Salesforce is working on an NFT cloud service — despite workers’ discontent, given the climate damage proof-of-work blockchain transactions cause — and Spotify has posted two positions for Web3 experts.

Other gaming companies have tried getting into NFTs too, with generally negative reactions. Ubisoft employees called their company’s crypto plans “embarrassing,” and GSC Game World scrapped its NFT project after backlash from fans and collaborators