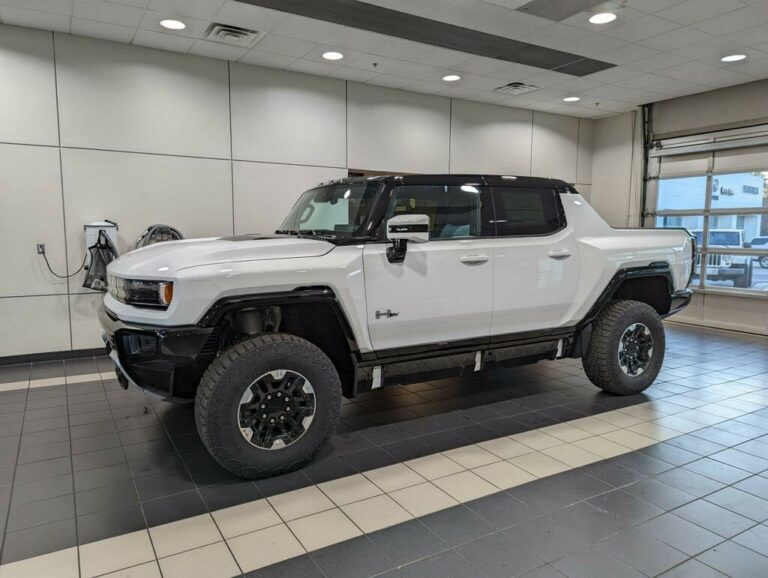 GMC Hummer EV has been tough to spot. Recently the massive electric truck is being spotted with dealers on the East Coast. It was seen sporting its massive size as it sits alongside a GMC Yukon, one of the automaker’s largest sport utility vehicles. New photos were shared on HummerChat Forums, showing the vehicle’s large size.

In late December, GMC announced the Hummer EV would make its way from the Factory Zero facility in Hamtramck, Michigan to customers, finally completing the first deliveries of the notorious gas-hog name turned sustainable. However, since the announcement, the GMC Hummer EV has been tough to spot. While the massive vehicle sports some of GM’s most revolutionary and advanced systems, including its Ultium battery system, it appears details on the initial builds are relatively slim. After all, the Hummer EV was actually GM’s second-most-produced electric vehicle in December 2021. The automaker has dealt with widespread battery issues with its Chevrolet Bolt EV, which has been its keystone EV for a decade. During the month, GM produced 26 total electric units: one HUMMER EV, and twenty-five Chevrolet Bolt EV.

The Biden-proclaimed “Leader of EVs” is definitely making slow-but-steady progress on its EV front. The Hummer EV is actually the second all-electric pickup to make it to the consumer market, following only the Rivian R1T, which reportedly had its production rate increased by 300 percent in the past week. In a GMC showroom in North Carolina, the Hummer EV sits just behind a GMC Yukon, an SUV with notoriously large size. The Yukon comes in several sizes, and we’re not sure if this is the largest trim package. However, the Hummer EV appears to be considerably larger than the Yukon, which puts the all-electric pickup’s massive size into perspective.

The original Hummer H1 had a 130-inch wheelbase, but the EV version even outsizes that with its 135.6-inch wheelbase. For comparison’s sake, the 2022 GMC Yukon has a 120.9-inch wheelbase. Interestingly, the large exterior shell of the Hummer EV does not necessarily guarantee massive amounts of interior cargo space. Unfortunately, the Hummer EV’s interior room tops out at 81.8 cubic feet, which makes it slightly larger than the 76.2 cubic feet the Tesla Model Y offers with its seats folded down. The Tesla Model Y is not a pickup, however, and is a crossover SUV. Of course, these measurements do not take into account the additional storage space in the bed, which is 60 inches long. The Ford F-150 Lightning will have a 67.1-inch bed, for comparison.