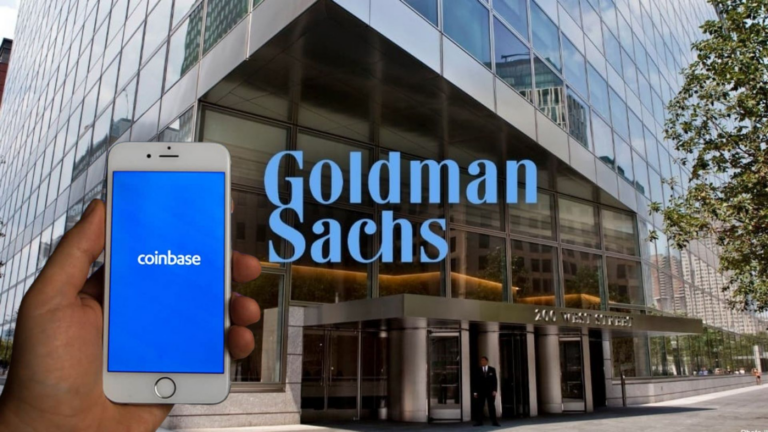 Coinbase is already facing the blunt of the crypto market crash which went on to wipe out billions of dollars of investors from the market. Coinbase already went on to lay-off 18% of its workforce, in an attempt to save the company from drowning in the market. Adding on to the pressure from the market, Coinbase has also started to feel pressure due to Goldman Sachs note to the investors.

Goldman Sachs in a note to investors went on to downgrade Coinbase Global Inc on Monday. The vows for Coinbase continues to prolong as the note hit the company which also influenced the shares of the company to drop by a significant rate.

Goldman Sachs note sees the shares of Coinbase plummet by at least 86%.

Since the inception of bear market, Coinbase has been suffering massively and has had to take steps that are not well acclaimed. The company’s shares were directly listed on Nasdaq under the symbol COIN when Coinbase officially went public on April 14, 2021. Investors viewed Coinbase’s listing as a “watershed” event at the time, when the IPO reference price was set at $250 for the cryptocurrency exchange.

Two days prior to Bitcoins lifetime high of $69,000, the shares of Coinbase had reached it peak. But, since then, the downfall of both the shares as well as cryptocurrency has struck the company massively. While Bitcoin lost at least 70% of its value, Coin went on to lose at least 86% since its peak.

The investment bank’s lead research analyst for payments and digital assets sector, William Nance, issued a note to the investors commenting about the downgrade of Coinbase. He wrote, “Coinbase is in a soup and will need to make substantial reductions in its cost in order to survive in the market as the retailing trading activities is drying up as each day passes by. Nance also went on to give his reviews on other firms such as Western Union, Fiserv, Fidelity National Information Services and Shift4 Payments.

According to the reports from Bloomberg, the equity investors are not the only ones sourcing on Coinbase. The bonds of the company are also under high scrutiny as it is maturing in 2031 among the biggest market decliners in the U.S high-yield market. In addition, Nance further added that the cryptocurrency exchange was facing some difficult decisions going forward.