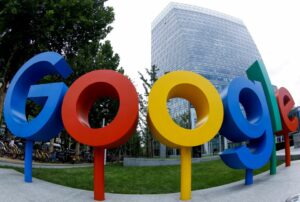 The American multinational technology conglomerate Alphabet has relaunched its Google News services in Spain on June 22. The news services of the tech giant were set off in the country for past 8 years due the enforcement of a law by the Spanish officials according to which Google and all the other news collectors in the country were requires to make a compulsory payment to the journalist for using a brief of their reports.

In 2021 reordered the EU Copyright clauses that was renewed back in 2020. According to the renewed law passed by the legislation the news collectors can now directly reach to an agreement with the with the multinational conglomerate.

After this declaration the tech giant released a public notice in 2021 saying that it is now all set to relaunch its news services in Spain in the upcoming year.

The announcement about the comeback of Google News in Spain was made by the Google Spain Country Manager on blog post in 2021. The manager’s post read that Google News is all set to provide important and to the point reports to the people of Spain in 2022.

The vice president of Iberia wrote in his blogpost on June 22 that the world is celebrating the 20th anniversary of Google News today and on the same day the news service is coming back to Spain almost after a decade.

Apart from this Vice President also mentioned that the conglomerate is also coming up with a Google News Showcase, a medium of Google News that will be used to make payments to the journalists. The medium will be launched in the country as soon as possible.

The ruling passed in European Union is required to be accepted by all the member countries of the Union. According this rule all the tech giants are supposed to share some money earned by them with the journalists. However, it has abolished the fixed charge to be paid and has granted the tech giants permission to negotiate with the publishers.

Besides, Europe there are many other countries of the world whose governing bodies are imposing such rules on the tech giants. Australia and Canada have passed a similar rule in their states. While the governing body of United Kingdom had set out its a similar strategy to clampdown the tech giants by launching a new media regulatory body.

The multinational conglomerate has also accepted new catalog of licensing deals with publisher in France.