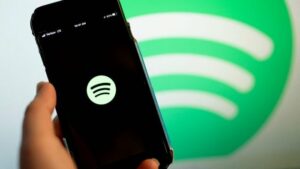 This Wednesday, Google announced that they would enable the provision for Spotify Technology SA to use their own payment outlet in its Android app. The Alphabet Unit specified that this part of its new pilot targeted to lessen concerns of the app makers. These concerns are regarding high fees and alleged anticompetitive actions.

Customers who had downloaded the music app from the Google Play Store will gain access of this option. They will be given the choice to either pay with Spotify’s own payment system or through the Google Play Billing. This option is set to arrive soon in the next few months, only in certain countries. Along with Spotify, this new pilot will also enable other participating developers to gain a similar advantage, though in smaller numbers. They would have the option to offer an additional billing choice alongside Google Play’s billing system in their apps.

In a blog post, the search giant stated how this new pilot would aid them in their understanding of user choice billing in different countries. Mainly, to help them grasp whether and how the system works for customers in countries, along with developers of distinct sizes.

“This pilot will help us to increase our understanding of whether and how user choice billing works for users in different countries and for developers of different sizes and categories,” Google said.

Meanwhile, the company had announced its provision for enabling developers to introduce an additional payment system with the Google Play’s. A new law regarding competition in South Korea, implemented in 2021, pushed this development. Spotify stated this trial with Google was the extension of a “multi-year agreement.” However, the audio streaming provider did not give much details on the topic.

Spotify, along with other app developers that sell digital commodities have continuously complained about payment system. For years, they have been dissatisfied with having to only use official payment options offered by Apple Inc.’s App store or Google’s Play store. Previously, the ACM (Authority for Consumers and Markets) of Netherlands had fined Apple as much as five times. This was owing to the tech giant not allowing Dutch developers to use their own payment options.

Both, Apple and Google levy a charge of 30% for each payment as a fee. As developers consider it too high, they had lowered it in many cases. Both the companies had cited the funding of a safe mobile ecosystem as the need to collect the fees.

Currently, the search giant has not specified the fee it would collect in this new pilot. Google is now gathering enforcement of its Play store billing requirement. Additionally, they have specified that they would block any app, found not complying, from posting updates.