Google Russia, the Russian subsidiary of Google LLC, has reportedly submitted papers for bankruptcy, according to a Russian news agency.

The Google spokesperson said that since the beginning of the war, the company is finding it difficult to conduct operations. Russian authorities first seized the bank accounts of the subsidiary company. According to authorities, accounts got seized as Google did not comply with their requests. Russia had asked Google to take down a few contents from search engines.

Soon after the seizure, the company was unable to keep up with daily operations due to lack of funds. Activities such as distributing salaries to employees, paying vendors and suppliers got stopped. The company got paralysed as no type of financial obligation was being fulfilled.

All of these led the company to take tough decisions regarding filing for bankruptcy and shutting down its business in Russia. 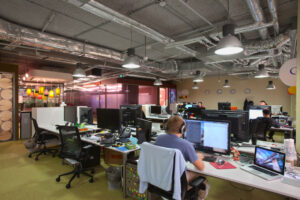 According to a Tech Radar report on Google Russia, the news agency reported the employees are being relocated to the Dubai Office of Google LLC.

Even though Google is pulling out entirely from Russia, it announced services like YouTube, and google search will continue to be available for Russian citizens.

Google’s decision to pull out from Russia

Google LLC decided to cease all its operations in country in May 2022. Google got pressured by Ukraine and numerous other nations to completely stop all services it provides in Russia.

Various companies based in the European Union, United States of America and Japan had earlier pulled out their businesses from Russia or reduced their operations.

Since the beginning of Russian special operations in Ukraine, various Russian business banks, politicians, and President Putin himself have been sanctioned by the US and its allies. Countries and organisations slapped 2,778 on Russia, making it the most sanctioned country in the world.