Government Directs Companies to Delete Content Justifying Udaipur Killings The government said that, several instances have come to its notice where social media handles glorified or justified the killing.

The Ministry of Electronics and Information Technology has come out to give a public statement to all content platforms, telling them to take down anything that has been posted about the recent killings in Udaipur defending it. This is apparently being done to ensure that order is restored in the city and peace comes back quickly.

They said that although videos of the incident can be circulated around, they cannot be done to glorify the killings or should not be spoken of in a positive light. They went on to say that social media companies should actively look out for these kinds of posts and swiftly remove them.

The issue was sent to social media companies on the 27th of June and was revealed to the public on the 29th of June. 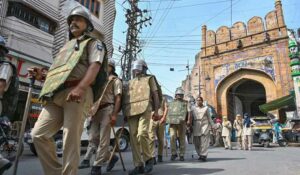 A few weeks ago, in Udaipur, Rajasthan, close to the main market, a tailor was killed in a brutal fashion at his store. Not only did they just kill him, but they also took photos and videos of the incident and spread it around. This is because the tailor voiced out his support to a BJP member, Nupur Sharma who was suspended by the party. This murder caused heavy unrest all over the city with violence and fights taking place between people of different communities which made the police get involved. They had to end up restricting the people of the city, giving them curfew to curb the violence. The two people who killed the man have since been caught and put behind bars.

The two men that committed the murder also posted videos where they were bragging about their gruesome actions and even went on to provide death threats to the Prime Minister, Mr. Modi and a few other high level politicians.

However, the situation in the city is still not how it used to be and the news has captured national attention with the entire nation giving their opinion on the situation.

A spokes person of Meta, said that they have categorized content on the situation as inciting violence and will promptly remove posts that showcase the event on a good light. The company owns both Instagram and Facebook, hence both platforms will ensure that it will not happen.

It has not been confirmed if other social media platforms such as Twitter and Snapchat have or will oblige to the notice sent out by the government.