GreyOrange: The Story of the Beginning 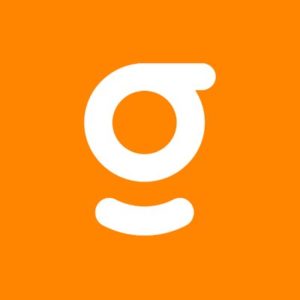 At TechStory we currently have an ongoing series on the robotics industry and how it is shaping the future. Robotics is undoubtedly going to increase its footprint in our lives in the foreseeable future. But how?

Here is where companies that will bring robots to our daily lives come into the picture. The transition is happening now and the credit does not go to large corporations but to startups who had humble beginnings. These startups have built the stepping stones for a big upcoming industry and are on their way to being giants in the field.

We previously have done profiles on Indian startups that are budding in the field of robotics and today is going to be one such startup- GreyOrange.

Nothing explains the term “humble beginning” as well as the beginning of GreyOrange.

Sitting at the head as Chief Technology Officer and co-founder is Akash Gupta. 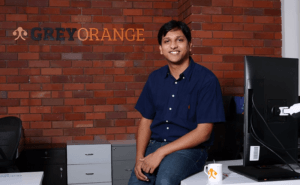 Gupta came from a small district in Uttar Pradesh called Auraiya- around 400-500 kilometres away from Delhi. He was a son of a railway clerk who was, of course, whisked away into the IIT-JEE race when in high school. This is how he became enrolled in an engineering college in 2008.

Gupta is a graduate in Mechanical Engineering from Birla Institute of Technology, Pilani who has had a strong interest in humanoid robotics from his college days. (Humanoid Robots are robots that look and appear like humans and are imparted with extremely humane characteristics overall. Sophia the robot is the most popular example today.)

Gupta realised that solving equations or numerical had its place in engineering but his true interest lay in bringing things to life when he saw a senior of his in school make a robot.

“I could draw a DC or an AC motor on paper very well, but looking at the motor of the ceiling fan, I couldn’t tell which one of those it was”, says Gupta.

“I became really, really inspired by the fact that there’s a physical thing that they are working on.”

Gupta got together with this senior he was inspired by- Samay Kohli and venture head-on into humanoid robotics. For around 18 hours out of 24 Gupta and Kohli dedicated their college life to building things from the ground up- automated machines, contraptions, and robotics- you name it. Using these contraptions they also entered themselves into multiple robotics competitions around the world. 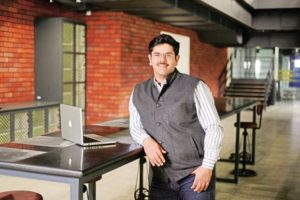 It was on one such expedition in the United States when the two robotics fanatics came across Thomas Chance, the former CEO of C&C technologies- a company that specialized in autonomous underwater vehicles.

They showed up at his door after the university they were competing in had some internal issues and then diverted the two as mentees to Chance.

“They showed up with three suitcases. One small suitcase had clothes,” Chance said. “The other two suitcases were large and were filled with electronic components, servo motors, computer parts, printed circuit boards, soldering irons, bolts and nuts, and a tool shop inventory of tools.”

After tinkering around with all the motors, parts and gears they had they had flawlessly working image processing systems to show to Thomas Chance which was the challenge. The duo was a well-oiled machine- just like their robots.

The long hours of work together, the competitions, the partnered mentorships- are all the forged Samay Kohli and Akash Gupta for life. They both had internally understood roles and specializations.

“I was always the person who went super deep into technology, while Samay (Kohli) was the person who liked defining more of the product part, defining overall business and things like that. ” Gupta said.

After founding the company the two went on to pick engineers, many of whom were freshers, since the experienced guys in the industry were few, far between, and expensive to get for a youngling company.

”Technically, it was extremely challenging because we were trying to build an industrial-level product with a very, very young team,” Gupta said. “On the other side, it helped us in building a unique core culture at GreyOrange.”

One of the first big projects GreyOrange took on was of a butler system but for a warehouse. Essentially a system that had a scisor lift mechanism for warehouses along with a safety, navigation and communication system.

Making this “butler” from scratch was a heft project and the ambition of the founders was large too.

“At that point we had a dream to run 1,000 robots in a single warehouse. We couldn’t find any other language or stack which allowed so many agents running in a soft real-time system. Lack of prototyping ecosystem in India created further problems and delays. We resorted to doing things in-house as we couldn’t be dependent on outside shops.”

Finally, when the first prototype came out, the challenge became of scaling which again took about 9 months. It was three years from conception is when the project became ready.

But in these three years, they couldn’t afford to dedicate all their time to one product.  They simultaneously started developing the Linear Sorter, a robotic package sorting mechanism that sorts on the basis of weight and dimensions.

The company started off on rocky grounds. They were building two products from scratch. All the way from design, to software, hardware, prototyping and scaling. Needless to say the first few years were not about building revenue but building a reputation for the company and the top class products it had on offer. And soon, this perseverance paid off. The Butler and the Sorter as they are popularly called pulled GreyOrange from the bottom of the rung into the big league.

The two robots brought in 70% of the revenues from an international market in 2017 and have broken even in spending spend to revenue.

The company now has a total of six products on offer within two categories. The first is Goods-To-Person Systems which includes the Butler and the Butler PickPal. The second category is sortation systems which along with the Linear Sorter includes the Flexo, Cross Belt Sorter and Pick-Put-To-Light.

GreyOrange is now recalled as one of the top players in functional and industrial robotics applications.

“I think perseverance is one thing that’s paid off well,” Kohli said. “I think we’ve just really concentrated on the same problem really well and not got distracted.”