Crypto crimes and its miseries continue to haunt the market. 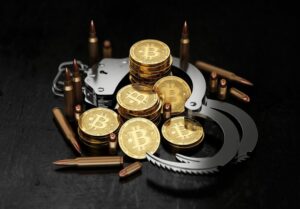 The cryptocurrency market has brought in the opportunity for cyber criminals such as hackers to play with the market since the market is completely digital. The technology enabled market is facing the blunt of the activities carried out by these hackers who posses the risk of running the market down. The absence of stringent regulatory frame work, no mercy policy for the crypto criminals is enabling the criminals to play with the investments and hack the number they want.

The most significant hacks in the recent past have been on cross chain protocols. Some of the examples of the hacks include, $325 Million Wormhole attack, $611 Million Poly Network Attack and many more. The recent victim of the cross-chain attack has been Harmony Block Chain.

The Horizon Bridge happens to be a cross-chain protocol functioning between Ethereum, Binance and Harmony Blockchains. The bridge uses smart contracts to facilitate token transfers between the three blockchains.

On June 23, 2022, a breach in the Horizon blockchain bridge of cryptocurrency firm Harmony caused a loss of close to $200 million. The hacker(s) were able to steal ETH worth $98.3 million, Wrapped Bitcoin (WBTC) worth $12.4 million, and over $50 million each in Tether (USDT) and USD Coin (USDC). In addition, the loot also had $20 million of DAI stable coins, Binance USD, SUSHI tokens, AAVE Wrapped Ethereum and a few others. It is also reported that, the company fortunately was able to track and recover a large portion of the stolen funds.

According to the reports, the attacker hacked the bridge and made 11 transactions with a nefarious wallet. From there the tokens were routed to decentralized exchange Uniswap and the altcoins were exchanged for Ethereum.

The discovery of the theft reduces some resentment.

Soon after the theft went public, Harmony tweeted saying it was able to track the miscreant wallet and discovered a balance of 85,837 Ethereum tokens reducing the damage to $100 Million from $200 Million. Additionally, they assured customers that the Bitcoin bridge was safe and that all funds and assets on that network were kept in “decentralised vaults” where they were completely protected.

The attack on the Harmony Horizon bridge also affected the native ONE token of the harmony blockchain which shed by at least 11% in the last 24 hours and started trading at $0.024.