Hitman paid $13,000 in bitcoin to kill a woman by a Californian

Dark activities continue to make a dent on cryptocurrencies.

Dark activities and illegal activities using cryptocurrency has consistently been increasing across the globe. Many countries have gone ahead and set up a statutory body of their own or given the rights to securities and exchange commissions prevalent in their country to look after the functioning of the market ethically. But the major issue here is the statutory bodies can help track the crimes that are often related to crypto theft or frauds. But using crypto as a payment for criminals to kidnap, murder is definitely another ball game and the speed at which the occurrence of these cases is happening is a cause of concern.

A case about a man who hired a murderer with bitcoins.

Scott Quinn Berkett, a 25-year-old Beverly Hills resident, is said to have admitted to transmitting $13,000 in bitcoin to a hitman on the Dark Web. Berkett’s ex-girlfriend was intended to be killed by the latter.

Bitcoin emerging as a barter for crimes. 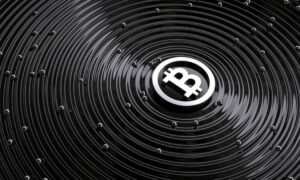 According to the reports, the Californian man and his unidentified partner first met on a social media platform and started dating soon. After a short time, the woman wanted to end the relationship, stating the man as sexually aggressive. The man tried his best to continue the relationship and when all his efforts went down the drain, he went on to hire a hitman from Dark Web, who was paid $13,000 in bitcoin to murder the woman.

Dark web and crypto, a story we all want to end.

A lot and lot of cases have been barging in from across the globe, where crime has been occurring and being facilitated by cryptocurrencies. Last summer, Indian police went on to arrest Markarand Pradeep, also known as crypto king on suspicion of purchasing narcotic drugs from Dark Web using bitcoins. According to the report of the prosecutors, the criminal was buying drugs from both Indian and European dealers.

Dark Web was also used a medium to sell fake certificates and doses of Covid19 vaccinations to developing countries and countries who have a small economy. All these cases certainly haunt the crypto sphere because, the currencies are being used wrongly to harm the very essence of humanity. From an outsider’s point of view or even from a crypto investor’s point of view, Dark web activities have to be eradicated to have a more balanced and conflict free market.