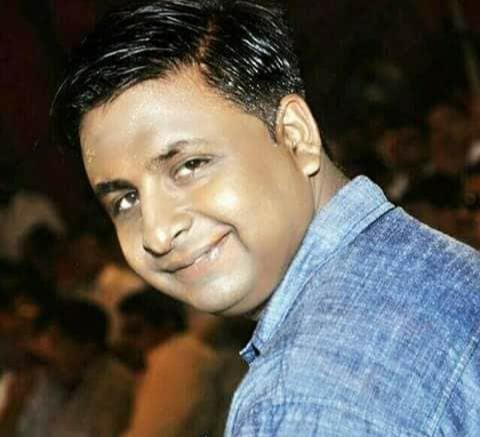 With the election taking centre-stage, all eyes are on the political drama that is played out.  The election plot is being unfolded in Bihar. Politicians are involved in their action plans, with all parties joining in the fray. At this point, political communication is in the spotlight. Political communicators are often accused of not serving the political interests of the general public and civil society; they are accused of being selfish, often focusing on their personal gains.

This is the time where Political PR comes in the frame. Upcoming Bihar Assembly Elections- 2020 has already turned everyone’s head around. With the new normal, Bihar is expecting the unexpected in the upcoming elections. The parties are already in action, be it proving their part of contribution to the development of the state or accusing their opposition, political parties and their supporters have stated it all.

But, the new concept Bihar Assembly Election is being introduced to, is a corporate style makeover. To ignite their political careers and make their visions reach out to people exactly in a manner they want to, resulting in a gigantic victory. Or to say, ‘Make You Big’- the company that ensures each and every steps taken by the political parties during or before the elections, lead them to a step closure to their victory.

Talking about the eureka moment of MakeYouBig Media Pvt Ltd, CEO and Founder of the company, Ashish Gupta, who once was a journalist, left his job to start and work upon this new venture. Having a meritorious experience of over 15 years in political PR, Ashish Gupta has successfully completed UP Assembly Elections of 2017. He has been working with many Member of Parliament now giving them the best reputation in the PR industry.  Also, he is working with a few politicians in Bihar to build the impactful strategies for the upcoming Assembly Elections.

The company has 500 teams for booth management which are experts in survey and election management work. Not only that, the company has a skilled team of War Room. Both, the War Room and Booth Management teams assure to build an impactful image and reputation of the leaders among voters.

The company has already started to work for the leaders in Bihar and also started with the strategic plannings of the leaders needed to taste the essence of victory in the upcoming Assembly Elections. After assisting several politicians in winning elections, MakeYouBig Media Pvt Ltd now,  aims to work for the leaders of Bihar and ensure the success rate of it’s clients. The company has a team of highly qualified professions who ensure proper brand management of each and every client with bonafide planning and analysis. The company is not only limited to metro cities like Delhi, Mumbai, Pune and Bengaluru but is successfully expanding base in even tier II cities such as Patna, Indore, Lucknow, Chandigarh, Amritsar, Ranchi, Raipur and others.

With the increasing consumerism, political parties today have incorporated professional or brand like approaches to target voters. Political PR involves the overall strategies required by the political leaders. Starting from building an impactful and long lasting reputation on social media to bringing the more number of followers and voters in the upcoming elections, it is the duty of Make You Big to deliver the result to it’s clients as it’s name says!

The agenda of the company is to build a reputation, credibility and face value, the clients would need for funding, expanding and to grow. The company understands that any person whether a sitting member or a new candidate, face difficulty manging the PR as that is what all matters in thde contemporary era. In spite of doing a good work for the public, no one would care until and unless it is organically presented to them again and again through media.

Not only political candidates but everybody needs a dine quality PR today whether it’s a start-up or a well established brand. Quality PR gets you the reputation and face value you’d need to grow and expand. Only an exemplary media presence will ‘Make You Big’.

Talking about the learnings and failures as an entrepreneur, Ashish Gupta says, “When I entered the market after my journalism, it helped a lot to stand my PR agency as I knew everybody needs PR in this time. Being a media person added as a positive point to give a better understanding of the media industry and gave an upper hand in industry, helping me to serve. Also, I haven’t had any failures as an entrepreneur since I always manged to carry my works accordingly and achieve the set goals which we, as a team always dream of.”

It is said that anything is possible if there are right people to support you. “Make You Big is exactly the right support”, says the Founder Ashish Gupta. This is a PR agency working for big corporates and NGOs for traditional PR in newspaper, with expertise in Political PR.

Ashish Gupta still smiles and recollect the initial days of the journey of the company, and when asked about the first client, says “I found the first client for the company through searching on Google. Just by that our company stepped onto the way to transform our clients into a brand, and is continuing assuring the satisfaction and long lasting face value of the clients, the company has ever worked with.”

Big picture of the start-up:

MakeYouBig Media Pvt Ltd focus on raising brand value by focusing on key elements to build company or product. The efficient team of their company look at services meeting end to end requirements of customer at their affordability.

USP to Make You Big:

The company is working with quite a few Member of Parliament, giving them the best reputation in the PR industry now. Company ensures to give the clients absolute support from speech writing to media presence to booth management to connecting to voters directly. The team comprising 50 professionals support the PR process.

Make You Big doesn’t create a story but the success of clients itself tells the amazing journey the company has witnessed making a beautiful success story of it’s own. Many political leaders, our company worked with, are now experiencing their journey as an MLA. This again explains the dedicated work done by the team and the result, where those leaders are now savouring their success; is our story of success.

The Founder and CEO of the company is Mr. Ashish Gupta. He pursued Mass Communication, MBA & M.A. in Political Science & Journalism background adds as a plus point understanding of the media and industry which gives him an upper hand in industry helping to serve better. He believes to compete, not externally, but with self and strive each day to achieve new heights,

In the coming days, the company plans to establish itself as a name in the field of media, advertising and PR. To assure the clients achieve what they plan to, also building new goals by the firm with achieving the last one.