A new type of cryptocurrency called DubaiCoin has recently been launched. DubaiCoin has become relatively popular since its arrival onto the crypto scene, rising up by up to more than 1000 % in just 24 hours after its introduction into the markets. DubaiCoin has been built upon a public exchange and is currently available only on a limited number of crypto exchanges. 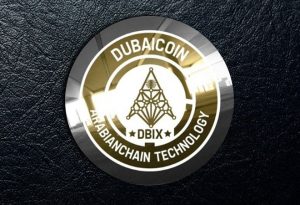 In fact, at the time of writing this article, DubaiCoin is not yet available on any prominent exchanges. Interested investors who wish to buy DubaiCoin will have to do so by exchanging it for Bitcoin or Binance Coin at exchanges where DubaiCoin is available. As of this moment, Dubaicoin is available for purchase on the following two exchanges: HitBTC and Cryptopia. However, since DubaiCoin is a quite new cryptocurrency, investors are suggested to carry out further research on the legitimacy of the coin before choosing to invest and make such a commitment to a brand new project.

DubaiCoin has been launched by Arabianchain Technology, a company based in the United Arab Emirates (UAE). According to the company, DubaiCoin is the first public cryptocurrency in the Arabic region of the world that is based on blockchain. The cryptocurrency was trading at an estimated $0.17 when it was launched and the price of DubaiCoin increased to $1.13 in just a span of 24 hours.

In a press release, Arabianchain Technology announced that DubaiCoin will be used to pay for a range of goods and services both in real stores and online. It is clear that the company intends for the coin to be used in place of traditional currencies that are backed by banks. The company also announced that the circulation of the new digital currency will be controlled by both authorised brokers and the city itself. This implies that the government of Dubai also has a stake in this cryptocurrency.

However, a Dubai authority rejected this claim. There was a Tweet that stated that DubaiCoin was never approved by any official Dubai authority. In fact, they called the website promoting Dubai Coin an elaborate phishing campaign. Therefore,  it appears that the DubaiCoin is not a cryptocurrency that is officially backed by the Dubai government.