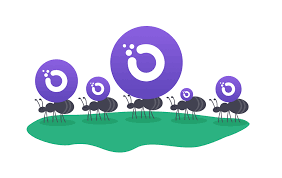 Orchid aims to decentralise virtual private networks, while Bitcoin and Ethereum aim to decentralise financial institutions (VPNs). You’ve undoubtedly used a VPN previously if you’re concerned about your internet privacy. A VPN is an encrypted connection to another server that masks your IP address, making it incredibly difficult to track your online activities.

Many centralised VPN providers are vulnerable to hacking and, upon request, provide user information to the government. Users of Orchid, on the other hand, benefit from a secure decentralised network that is controlled by no single entity — information cannot be shared with anyone. Orchid’s servers are also decentralised, making hacking nearly impossible.

At the time of Orchid’s inception in 2017, 1 billion tokens were produced. Approximately 370 million Orchid coins (OXT) being exchanged publicly today. On Orchid, there is no inflation, but there is a slight deflation in the form of burning tokens, which occurs when the network permanently removes cryptocurrency from its blockchain, usually in the form of transaction fees.

Orchid was founded by a talented group of people, including Dr. Steven Waterhouse, Jay Freeman, and Gustav Simonsson. Dr. Waterhouse was a partner at Pantera Capital until 2016, Freeman developed Cydia “jailbreak” software, and Simonsson assisted in the development and launch of the Ethereum network in 2015.

Orchid’s native cryptocurrency is an Ethereum-based ERC-20 token. Orchid’s decentralised VPN servers utilise this utility token to acquire bandwidth. You may also earn Orchid by sharing your bandwidth with other users.

The Orchid Protocol is a collection of smart contracts, which are pieces of code that have been uploaded to Ethereum and are programmed to do specific tasks. A decentralised network can keep track of bandwidth utilisation using smart contracts. Unlike regular VPNs, you only pay for the bandwidth you consume.

To open a crypto brokerage account, you’ll need to submit your legal name, address, email, phone number, photo ID, and Social Security number. However, depending on the exchange, you’ll need different levels of verification before you can start investing. You can also buy Ethereum tokens from any crypto brokerage, even if the exchange doesn’t support Orchid, and then send them to Uniswap to be exchanged for Orchid.

Hardware wallets are offline storage devices for your cryptocurrency. Those who invest large sums of money in bitcoin frequently use hardware wallets to store their funds.