In June 2021, Apple announced iOS 15, the newest version of their iOS operating system, which would be launched in the fall. Redesigned FaceTime capabilities, tools to limit distractions, a new notifications experience, improved privacy features, full redesigns for Safari, Weather, and Maps, and more are all included in iOS 15. 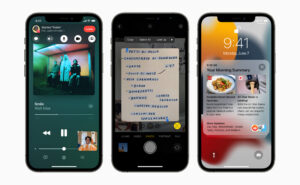 In iOS 15, notifications were updated to include contact images for people and bigger app icons. A notification summary collects alerts in one place for distribution at a convenient time and organizes them by importance to prevent distraction.

Focus is a new feature that allows users to limit alerts and applications based on what they want to concentrate on at any given time. When a user’s Focus is set to prevent incoming alerts, their status in Messages will be visible to others. Using on-device intelligence, iOS will recommend a Focus for certain circumstances, like as work hours or calming down for bedtime, but users may also generate a custom Focus.

When iOS 15 is released later this year, as long as your iPhone is compatible with iOS 14, you should be able to download it. Anticipate the iOS 15 beta to be less reliable than Apple’s existing software, particularly early betas. That is valid not just of the iPhone software, but also of the apps you have loaded; certain apps may operate well in iOS 14, but crash when you launch them in iOS 15.

Apple has offered eager fans the option to beta test software ahead of official release for the previous several major iOS releases, and the same is true with iOS 15. If you’re conscious of the risks yet still want to test out the iOS 15 public beta, take the following steps:

The software will take some time to download, and you will be requested to install it once it is complete.

Note that if you currently have yet another profile loaded (such as a developer profile), you’ll need to delete it first before installing the software the public beta profile from Settings > General > Profile.

If everything falls into place in 2021, iOS 15 should be released in September accompanying the iPhone 13 line.