How To Get Jolteon In Pokemon Go

If you are wondering how to get a Jolteon in Pokemon Go, we have got you covered with all you need to obtain an Evolution of your own, such as Sylveon, Umbreon, Espeon, or one of the other Eeveelutions, using name tricks and much more. One of the most famous ways of evolving an Eevee to an electric-type Jolteon is to use a well-known names-trick, which is found exclusively in Pokemon GO. A Pokemon such as Eevee would normally be evolved to one of his own Eeveelutions using a specific type of rock in the mainline games, but in Pokemon GO, getting a Pokemon such as the Electric-type Jolteon requires an entirely different method. Eevee can evolve one of eight different ways, each of which has a different type of its own. 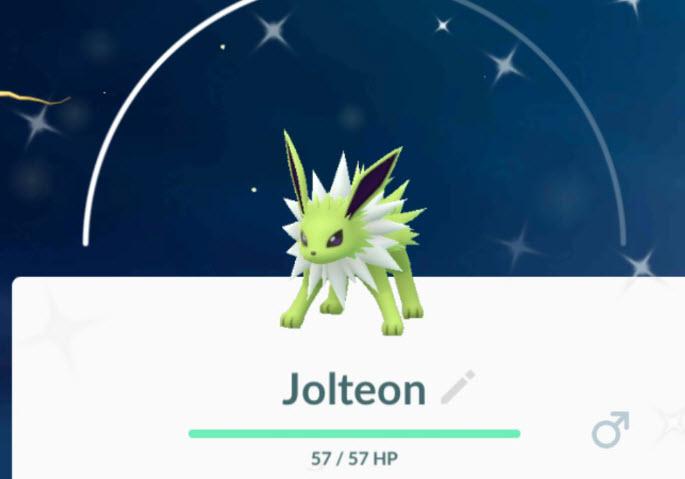 Eevee has a range of evolutions players can obtain depending on how they attempt to evolve their Pokemon in Pokemon Go. Eevee is quite the tricky Pokemon in its best moments, with a number of different potential evolutions it can turn into at seemingly random. Fortunately, however, this is not quite as random as it seems in Pokemon Go, since there is actually a method that can be used to game the system and make Eevee evolve into each of its various forms. In fact, throughout the games and TV series, Eevee has evolved into eight different Pokemon.

Eevee evolves using 25 Eevee Candy, but unless you are using some kind of special cheat, the evolutions you receive are random. Use 25 Eevee candies, and your Eevee evolves into evolution with a matching nickname. Name one Eevee Pyro, evolve this Pokemon into Flareon, and no other Eevee named Pyro will get guaranteed Flareon evolution. Once you use the naming cheat on those three Pokemon, normal evolutions of your Eevee will all have the same random chance to result in either Vaporeon, Jolteon, or Flareon. If you are used to Pokemon GO, you know that evolving Eevee with no direction gives you a random evolution of Vaporeon, Jolteon, or Flareon. Before you go hitting Evolve and hoping that a random number generator gives you your chosen Eeveelution, read our How To Evolve Eevee-Evolution Pokemon guide to avoid ending up with 20 Vaporeons and no Umbreon. Ultimately, to answer your potential questions, yes, there is a foolproof way of getting Eevee to evolve into a Vaporeon, Jolteon, Flareon, Espeon, Umbreon, Leafeon, Glaceon, or Sylveon, and it works every time.

The primary method to get Eevee to evolve into Jolteon is to just click on the Natural Evolution button sadly, it is random and can potentially result in Flareon or Vaporeon being produced rather than Jolteon. Players can either attempt giving Eevee one of the elemental stones, which will either develop Eevee into Flareon, Jolteon, or Vaporeon depending on which elemental stones a player has given Eevee. Since it may be random what Eevee-lution Eevee can evolve into, give the Eevee the Sparky name to ensure that it will evolve into a Jolteon, since naming specific items will cause Eevee to evolve into other forms.