The first part of Minecraft Caves and Cliffs is almost here. This highly anticipated update will be released today for Java, Bedrock, and Pocket Editions. 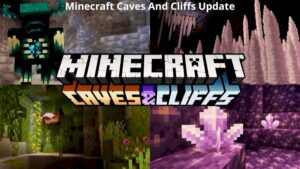 After facing some technical issues and other problems due to the current Covid-19 pandemic, Mojang, the video game developer behind the creation of Minecraft, decided to divide the update into two parts so that its quality can be maintained. The first part of the update will introduce new mobs, blocks, and items. Meanwhile, the second part will feature new biomes for caves, mountains, and much more.

The first part of the Caves and Cliffs update will now be officially released. After multiple pre-releases, almost all bugs and crashes are fixed, and the update will be made available sometime today.

Although the first part of the Minecraft Caves & Cliffs will be released today, no information is known about the release time. That being said, players can expect the 1.17 update to be released around 3 PM British Summer Time (BST). However, do note that time will vary depending on where you live.

As soon as the update is released, players will be able to download it and test out the fascinating new features of Minecraft 1.17.
Here is a guide on how to download the Minecraft 1.17 Caves and Cliffs update.
Java:

Since the Bedrock Edition is available for Windows, PlayStation, and Xbox, each of these devices has its own game store or manager.