How to use YouTube Music multi-select option for web users?

If you are a user of the YouTube Music web app, you surely know how difficult it is to create a playlist or add songs to a playlist. Without basic music app features like the multi-select option, users have been finding it hard to use the platform owned by Google.

Recently, a Reddit user reported they got access to this new feature of the multi-select option on the YouTube Web Interface. Yes, you heard it right, the YouTube Music web app is coming up with a new feature that allows users to select multiple songs in bulk while creating and adding playlists. And some users have already got it on their desktop too. The new feature makes it easier to pick multiple items which they want to include in the playlist. 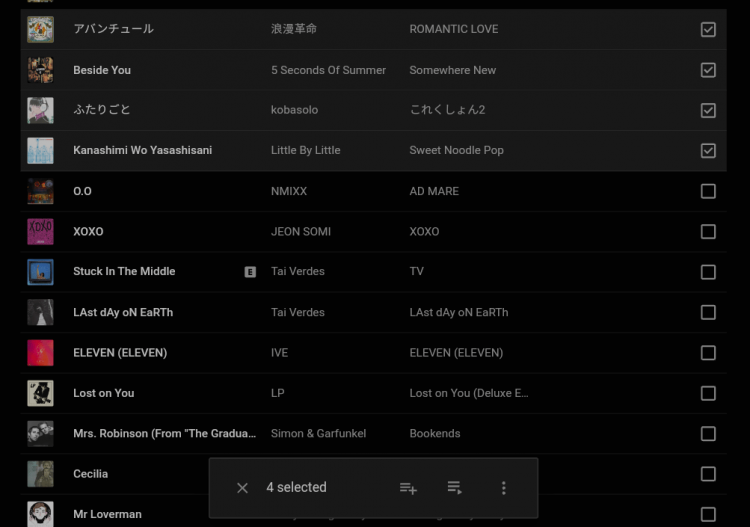 To use this new feature, users are supposed to click a new checkbox on the right-hand side of a song from the list of songs. Simply hovering over a title will bring up the checkbox that users can use to manage any number of items they want.

After selecting songs from the list, the YouTube web interface will show options to add selected items to a playlist or play them after current playback.

In the past, users had to select and add each song individually to create or add to a playlist.

According to some media reports, the feature is not currently available worldwide.

YouTube Music is a music streaming service which was unveiled and launched in 2015 by YouTube. YouTube is a subsidiary of Google. It allows users to browse through songs and music videos on YouTube based on genres and recommendations.

YouTube announced a new version of the YouTube Music service on May 17, 2018. The new version included a web-based desktop player and redesigned mobile app, more dynamic recommendations based on various factors, and the use of Google artificial intelligence technology to search songs based on lyrics and descriptions.