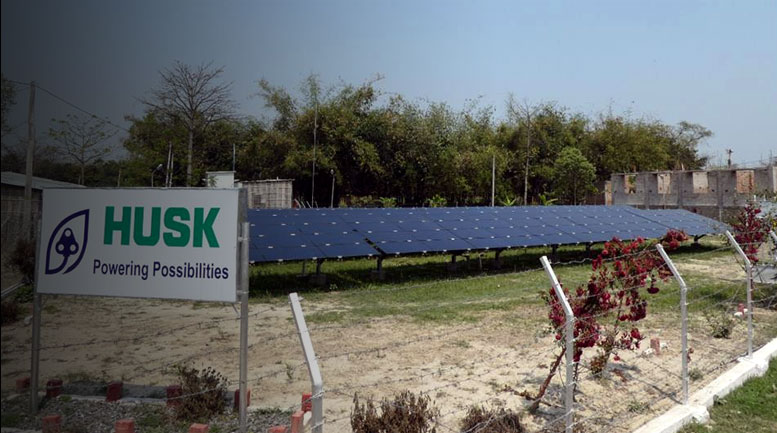 Husk Power Systems is a Bihar-based mini-power plants company that designs and provides end-to-end renewable energy solutions. Recently, the start-up has announced to have been planning to raise USD 110 million in the form of equity and debt funding this year in 2021.

The Indian operator of energy mini-grids that serve in Africa, Asia and India is planning to raise USD 60 million in debt and USD 50 million in equity in 2021. The reason behind this mix and match is to ensure the continued growth of the company’s CAGR which stands for Compounded Annual Growth rate of 100%.

Founded back in 2008 by Gyanesh Pandey, Chip Ransler, Ratnesh Kumar and Manoj Sinha, Husk Power Systems deal with operating both mini-grids and micro-grids that are responsible for delivering electricity to villages and small towns as a pay for use service or Pre-paid service. The company is known for its patent proprietary technology that converts biomass waste into electricity, as mentioned in the company profile on Crunchbase.

According to a report by Economic Times, Husk Power Systems has announced that its revenue growth has recorded a 90% jump while commercial business customers have increased four-fold in 2020. The report also mentions that the company aims to become the first mini-grid company in India to become operationally profitable in 2021.

The COVID-19 pandemic impacted almost every other business except for digital services and companies leveraging online technology. Last year, even when the India economy was drowned in the toilet, the mini-grid operator was standing strong. The company has reportedly witnessed a stronger growth in these past months of the COVID-19 peak. This sustainability has positioned the mini-grid operator for an even stronger 2021.

Economic Times has also mentioned in its report that Manoj Sinha, Chief Executive Officer, Husk Power Systems stated that the company is forecasting a 1255 revenue growth this year in 2021.

Furthermore, the mini-grid operator ended Financial Year 2020 with a 300% revenue growth over its Financial Year 2019 with more than 5,000 small business customers on board. For 2021, the company is forecasting this number to exceed more than 12,500.

As far as funding is concerned, the company lists Shell Ventures, Engie, Swedfund International, Bamboo Capital Partners and Acumen as its investors in these past years.

Husk Power System credits its actions of identifying secondary sources of revenue, hiring additional staff to divide the workload of unexpected events and acquiring distressed projects during the pandemic along with diversifying the supply chain as its reasons to record its growth in 2020.