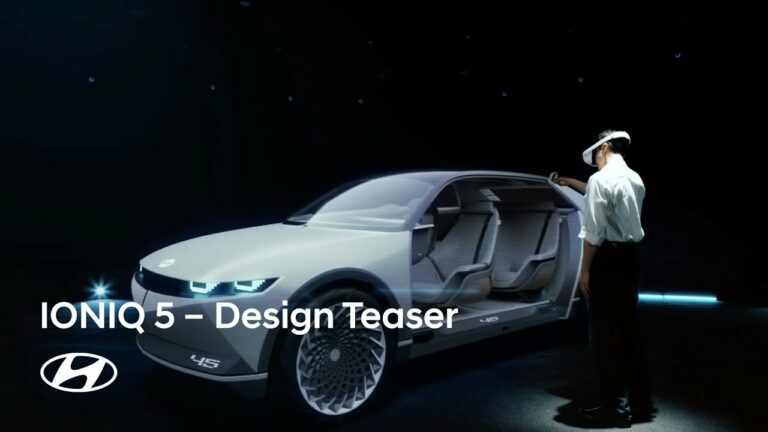 Hyundai showcases its first dedicated electric vehicle, IONIQ5 in its new teaser. The vehicle is bold, futuristic looking and has earned high praise, known to be an award-winning EV. It is expected to have long-range capabilities, give a smooth ride and have advanced features.

The Hyundai N-line has three N DNA pillars. They are corner rascal, Race track capability, and everyday sports cars. Here the Corner Rascal is for driving enthusiasts who will be able to handle corners hence the “N”. Race track capability will be Hyundai’s N Line vehicle that will be performance ready at all times. Every day sports cars are the N Models that are built not only to crush the racetrack but also for everyday driving situations. The South Korean automaker will build upon these principles as it transitions to an electric future, giving a glimpse into what that could look like with the Hyundai IONIQ5 N.

The new video reveals how Hyundai is using its rolling lab, or what the company calls its “playground,” to bridge its motorsports DNA directly into its N-line models. Hyundai began the RN22e project with a mission of setting a new stand in electrified high performance. The RN22e, which looks like an aggressive IONIQ6, is based on Hyundai’s E-GMP, which the IONIQ5 and IONIQ6 ride on, but includes several new features allowing it to live up to the “N” name. One of Hyundai’s newest technologies is called the “E-TVTC,” which is, “A faster-reacting torque vectoring technology that matches the instant torque of an EV, fending off the understeer.”

Hyundai’s RN22e is the first four-wheel drive rolling lab. Dual motors sit at the front and rear axles, allowing precise power distribution. To control battery heat (which can reduce performance), Hyundai is focusing on finding the perfect balance between aerodynamic efficiency and cooling. And for high-performance fans that like the “thrust” and sounds an EV does not typically feature, Hyundai is adding N Sound and N e-shift.

The automaker says it’s ready for the era of electrification with the IONIQ5 N, which will likely share the technology. Hyundai gives us a sneak peek into what the IONIQ5 N will look like, wrapped in camouflage at the very end alongside the RN22e and N Vision 74 (a hydrogen hybrid vehicle).