I’m Really Into Crypto, Bitcoin Is the Future:”Youtube Superstar KSI

KSI, better known as JJ, a YouTube sensation and rapper, says he’s “very into crypto.” He stated that while “Bitcoin is the future,” many people do not realise that crypto “is a long-term thing.” 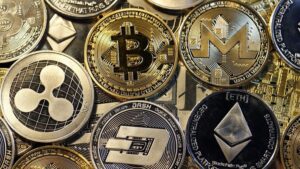 KSI is a crypto enthusiast.

JJ is the stage name of KSI, whose real name is Olajide Olayinka Williams Olatunji. In The Sunday Times’ ranking of the top 100 UK influencers in 2019, he came in second. He’s also a member of the Sidemen, a British YouTube group. In response to a question regarding what he would do first if he becomes Prime Minister, KSI responded

“It will surely be long-term,” he said, “but those who invested will be laughing in ten years.”

After that, KSI compared bitcoin to fiat currencies. “Observe how money inflates in comparison to bitcoin, which does not. “I feel like a lot of people aren’t really grasping that there’s a set number – you can’t expand the amount of bitcoin and it still has value,” he added. ‘Oh, I just want to go in and out,’ they say. This is a long-distance journey, and I’m here to take it all in.

He narrated the storey of making millions of pounds investing in cryptocurrencies, including bitcoin, only to lose it all when the market “crashed” last month. Regardless, he predicts “soon you’ll have a $100,000 bitcoin, a $500,000 bitcoin, and a $1 million bitcoin.” What are your thoughts on KSI’s Bitcoin and Cryptocurrency statements? Please let us know what you think in the comments section below.