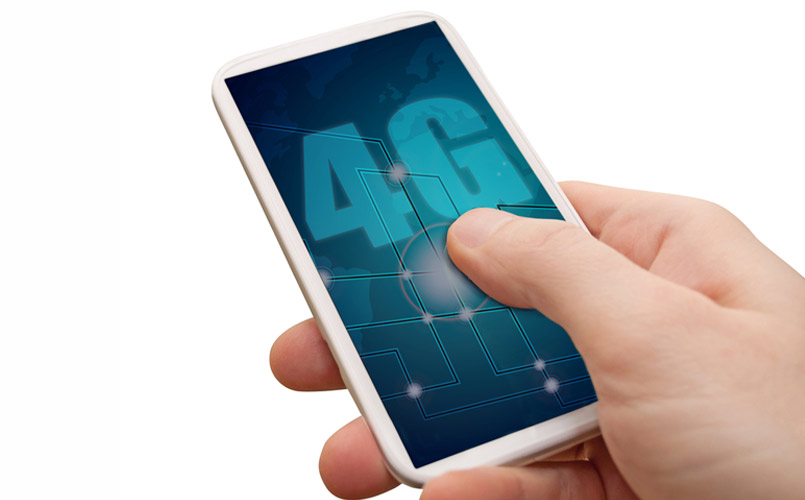 New Delhi, Nov 23 (PTI) : Smartphone shipments in India jumped 21.4 per cent in the July-September quarter to 28.3 million units, buoyed by a three-fold jump in demand for 4G-enabled devices, according to a research firm IDC.

In the third quarter, 4G-enabled devices witnessed almost three-fold increase in shipments over the previous quarter and one out of three smartphones shipped was 4G-enabled, IDC said.

“E-tailers such as Flipkart, Snapdeal and Amazon continue to drive shipments of the Chinese vendors, who have been aggressively trying to capture the 4G smartphone market in India,” Karthik said.

Samsung emerged as the biggest 4G player in India with its popular sub-USD 150 LTE models such as Galaxy Grand Prime and Galaxy J2, IDC said.

“Almost one out of every two smartphones sold, had 5-inch plus displays. Most of the popular models in the market today support 4G, have a large screen, and are attractively priced at less than USD 200,” IDC Market Analyst Client Devices Jaipal Singh said.

Samsung led the market with 21.6 per cent share. Domestic handset firm Intex toppled Micromax (11.6 per cent) to become the second largest player with 11.8 per cent.

“Our core focus has always been on our consumers and meeting their requirements. We have consolidated our market position through enhancing our product portfolio with innovative devices and by expanding retail presence across the country,” Intex Technologies Business Head-Mobiles, Sanjay Kumar Kalirona, said.

Feature phone shipments decreased to 45.6 million this year from 49.1 million in the July-September quarter of 2014.

IDC said smartphones are expected to outstrip the share of feature phones in 2016 in the Indian market as low prices and better value continues to drive migration in the coming years.

“We expect smartphones to maintain a healthy double-digit growth over the next few years… 4G-enabled devices are expected to be at the forefront, with the entire ecosystem preparing for this shift in the near future,” IDC Research Manager Kiran Kumar said.