India is investing in its first super computer worth ₹4,500 crores The Centre for Development of Advanced Computing (C-DAC) is evaluating the technical bids 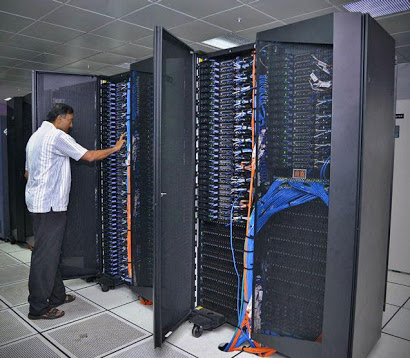 The first phase of the NSM is focused on assembling the supercomputers, the build element will be part of the second phase. If things stay on track, IIT-Kharagpur will have a 1.3 petaflop machine and IISER Pune and IIT-BHU will have a 650 teraflop computer each by the year-end.

The Centre for Development of Advanced Computing (C-DAC) is evaluating the technical bids by firms such as Acer, Fujitsu, IBM, HCL, TCS, Dell and Netweb and the contract is likely to be awarded soon.

“The project is not just building a supercomputer but also applications and that work hasn’t stopped. All other parts of the process are on track,” Hemant Darbari, director general, C-DAC told ET.

C-DAC, along with the Indian Institute of Science (IISc) in Bengaluru, is spearheading this project which was announced with much fanfare in 2015.

However, it hasn’t been all smooth sailing. A person closely involved with the NSM said that there had been a number of delays over the past three years, largely because the project still doesn’t have one dedicated person heading it.

Funding has been another issue. Only a portion of the ₹4,500 crore allocated towards the project has been released so far and there are concerns that the delay could result in costs rising further.

Another person closely following the NSM said that things tended to move slower if there was more than one government department involved, as is the case here.

The NSM was announced three years ago with an intent to propel India higher in the global supercomputer rankings. The aim was to install a grid of 73 supercomputers at academic and research institutions across the country, working on a wide range of applications, from weather forecasting to disaster management.

High-performance computing is important if India wants to make significant progress in areas like weather forecasting, drug discovery, astrophysics and bioinformatics. NVIDIA recently announced that it would set up India’s first artificial intelligence powered supercomputer. MD Vishal Dhupar said the NSM was an important initiative for India as it needed to be able to apply high performance computing to available data to improve models.