The co-founder of Indiagold, Mr. Deepak Abott took to his Twitter account to share his frustrations on Google and the play store and its developers in specific. According to his tweet, their app and their development account on Google Play Store have been removed and terminated with zero explanation or notice.

In his tweet, he says that neither was any warning given to the company nor has Google notified the company that they have previously violated their terms and conditions. Their app and development account were taken down by the tech giants out of no where and they have not received an explanation or reason as to why this has happened. 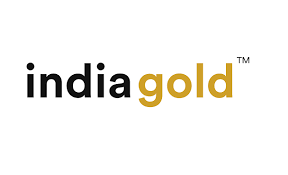 He goes on to say that Google allows pornography apps, apps that illegally steal data and other crucial information, Chinese based loan apps, and clone apps. However, they have been on the receiving end of this type of action in an unfair manner. He goes on to say that this not only frustrating, but this also show cases how Google keeps apps like this in their back pocket like a hostage.

He even attached a screenshot of the notification sent by Google which states that this notification is to let them know that their Google Dev account has been terminated.

It goes on to say that due to previous violations of the terms and conditions and other policies by this account or other accounts associated to this is the reason why it has been taken down.

Indiagold is a financial services app that provides gold loans, digital gold, and even a locker service for valuables all over the nation. They have over 2 million customers and they even have financial services where you can sell gold and even invest. The company was founded just 2 years ago, in the peak of the coronavirus pandemic back in 2020 and its head office is situated in New Delhi.

His tweet has been up for less than a day and has already close to garnering 400 likes and has crossed 60 retweets.

His followers showed solidarity with Mr. Abott in the comments with many people saying that they hope that the problem gets resolved soon. In the comments section, he even says that he has appealed to Google to get the account restored. People asked how long it would take and he even said that all channels to appeal through are slow and that he will just have to wait and hopefully everything goes back to how it was before.