India’s Mars Orbiter Mission (MOM) spacecraft was designed to last for six months. However, it lost communication with ground stations after 8 years of its launch. Back in 2013, on November 5, the spacecraft was launched and now it appears that its life is ended. 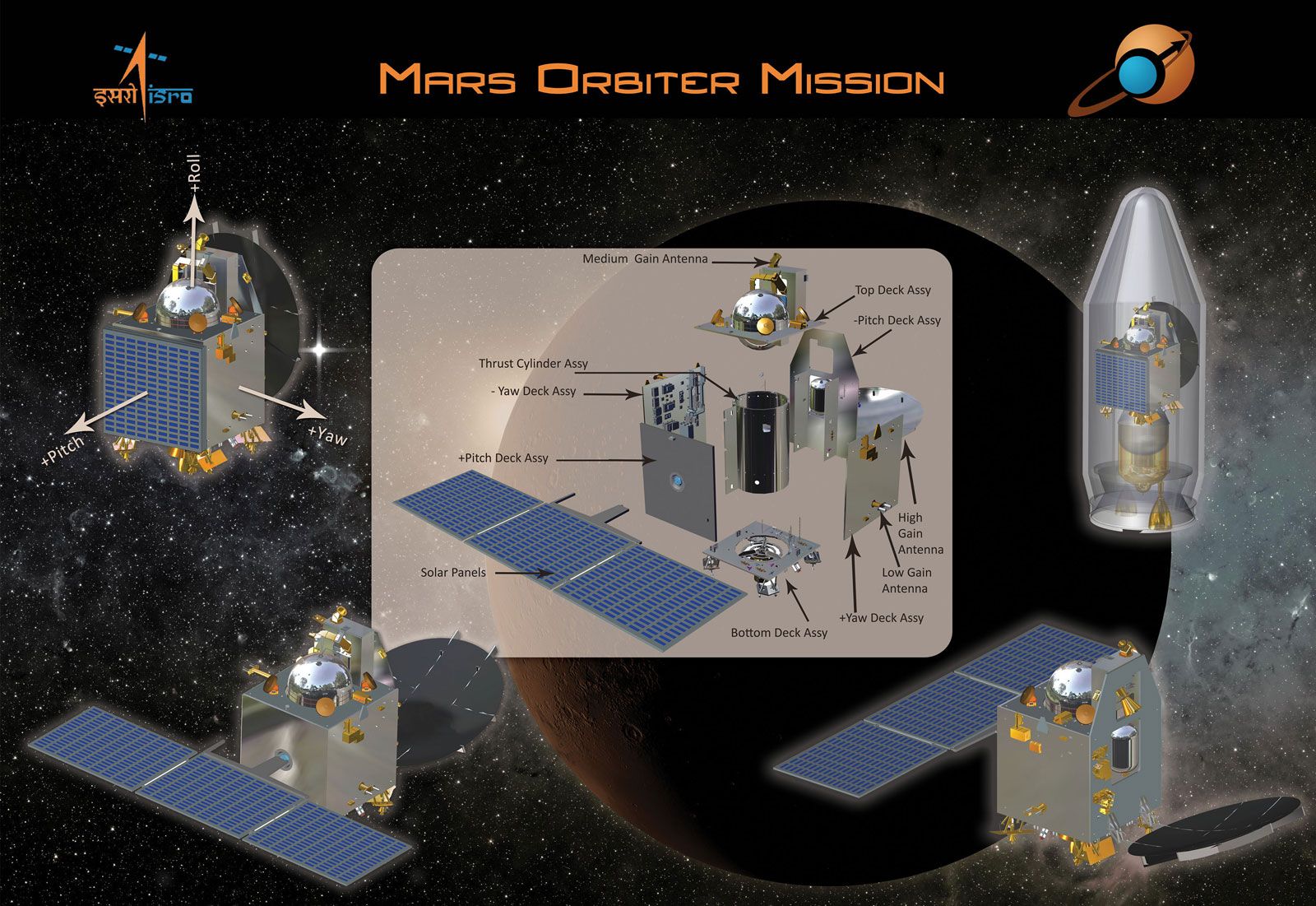 Isro is trying to figure out the reason behind the communication loss. Whether it was due to fuel or battery power, or there was an automated maneuver because of moving out of a long eclipse that changed the direction of the antenna. However, multiple sources confirmed that it would not be possible to recover the spacecraft. USRO’s UR Rao Satellite Centre (URSC) director on September 27 communicated the same and ISRO will officially announce it soon, a scientist said.

Another senior scientist told, “There was a really long eclipse in April 2022. The satellite had been designed with autonomous functions to come out of eclipses and it has done it in the past too. While recovering from the eclipse, the fuel may have been exhausted. The other reason could be that while exiting the eclipse a command for a roll-spin to change direction is done, which could have caused the earth-facing antenna to change direction.”

The spacecraft has handled two black-out phases during an eclipse one white-out phase in the first year around Mars and another in the second year. In all these instances the spacecraft was completely autonomous without any help from the ground.  The Rs. 450 crore mission, which was launched on the Polar Satellite Launch Vehicle (PSLV), put India in an elite club of nations to have carried out a mars mission. That the country achieved it in its first attempt was a feather in the cap. The scientist further explained, “Now, we are trying to ascertain the exact reason – whether it is the exhaustion of fuel or antenna being unable to communicate, but one thing is for certain, we won’t be able to recover the spacecraft anymore.”

Carrying five payloads, including a Methane Sensor for Mars (MSM) and the Mars Color Camera (MCC), MOM had sent in more than 1TB of data from the Red Planet in its first year and at least 5TB of data when it completed five years. However, ISRO is yet to officially announce anything on the detection of Methane, which was one of MOM’s principal objectives. That said, the scientific data from the mission has been rich and led to several papers over the years and a large dataset is still being analyzed by various scientific institutions.