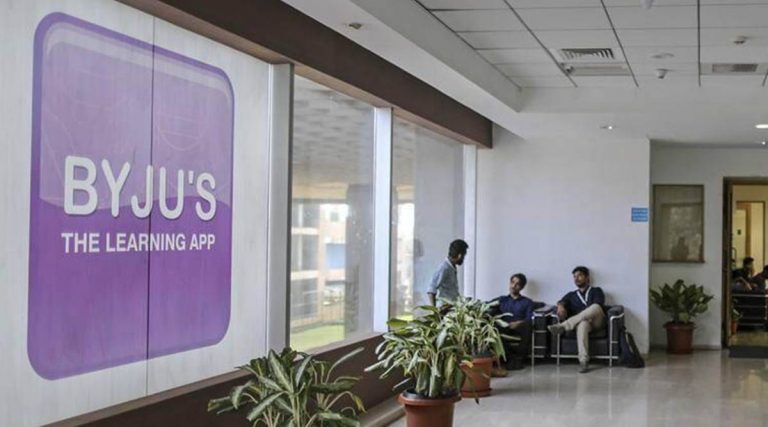 Byju’s, India’s biggest online learning platform is about to become the most valuable start-up after it received a total funding of $150 Millions from UBS Group AG. The funds will be valuated by an online portal- Paytm which was last valued at $16 billion, according to multiple people who knew and disclosed the deal. These funds will make this the most valuable online education start-up. The investment is made by an entity of the UBS Asset Management itself. Talks are in process for adding additional investments to this funding which will make the funding of a total of $300 millions. However, the start-up might be able to back the funding till $400 Million, said one of the people who asked to keep his identity private.

This online education startup which was earlier called think and learn has bagged a lot of funders and investors till now including some of the biggest and top private equities like Silver Lake Management, Owl Ventures and T. Rowe Price. Another big investor in the company earlier was from Facebook’s founder Mark Zuckerberg’s Chan-Zuckerberg Initiative, Naspers and Tiger Global Management. The startup recently raised almost about $1 billion from Facebook’s co-founder Eduardo Saverin’s B Capital Group as well as Baron Funds and XN too earlier this month.

When asked about the deal, a spokeswoman at Byju’s declined to comment on both- the fund raising and valuation. So did another spokeswoman at UBS. However, Musaab Javed, a money manager at UBS negotiated and structured the investment.

Byju’s is a startup based in Bangalore which was founded by Byju Raveendran in 2015. Raveendran was a former tutor with a history of teaching in his family as both his parents were teachers as well. Today, Raveendran own one third of this huge online education company. In an interview not a long time back, Mr. Raveendran said that the current situation of pandemic has altered the view of parents, teachers and students regarding online education and acceptance towards online classes and learning. Byju’s eponymous K-12 app already has over 80 million registered users in India who comprehend mathematics and scientific fundamentals through animated games and videos featuring tutor demos. This brings a huge amount of revenue to the company.

In last several months, Byju’s has quickened its pace of acquisitions and overtaken various companies that teach one-on-one coding to school goers in countries like the U.S., Latin America and Australia besides India. The company took over another one that specializes in preparing offline tests and conducting offline classes for Indian school graduates aspiring to enter ultra-competitive engineering and medical schools.

After having a great boost of success in its home country during this time of pandemic situation, Byju’s now plan to spread its wing into international markets by renaming the coding lessons unit Byju’s Future School. Its one-on-one coding and math lessons are now available in the U.S., U.K., Australia, as well as Mexico, in Spanish, and in Portuguese in Brazil.