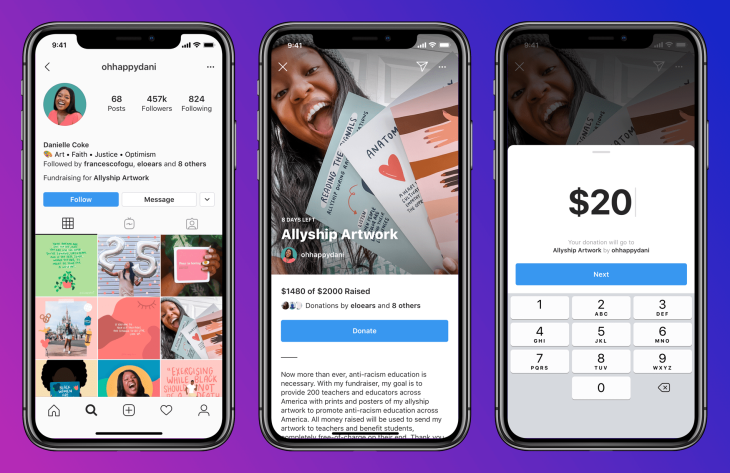 Instagram is one of the most popular social media platforms in the entire world, and Facebook Inc. must be generating truckloads of money from this platform. However, it is not always about the money and with that ideology, Instagram has recently launched a new feature, rather a new option where users will now be able to host group fundraisers.

Instagram has its own fundraiser tool that it launched as a Story sticker back in 2019, and now, the platform wants to pitch in new options for helping its growing community. Since the feature first launched, so many Instagram users and influencers have raised funds for good causes using the platform’s tools, and now, the company wants to take this one step further by introducing group fundraisers.

It is not surprising when I tell you that it is fairly difficult to raise funds these days. People need proofs that you are not a fraud and that their money will actually be used for the greater good. These trust issues have made it difficult to raise funds; however, the means that social media platforms, such as Instagram, provides to its users makes the fundraising process fairly easy through online transactions, and there is no denying that the world wants everything easy.

Having said that, Instagram noted the struggles of fundraising via offline modes, and more often than ever, fundraising is a group effort, a group endeavor where you have a team of friends and family helping you to raise the desired funds for a charity or any other good cause.

On the application, after you create a new fundraiser, Instagram users will now be able to add friends and family members to the group. Simply tap on the share invite icon on the fundraiser page and invite your group members to join your good cause. You can add people via their usernames to add in the new fundraiser group.

What excites users the most is that Instagram, as a platform, will not be charging a cut from any of your transactions. It is a direct user-to-user pay, and every penny you receive from your friends and Instagram followers will go to the charity’s account. According to what users are discussing on Twitter, Instagram’s group fundraiser tool will make the whole exercise of raising funds, much more simpler and fun for users. As humans, we tend to follow the herd, and the bigger the noise anyone’s fundraiser can make, the better the donation requests will reach out to users. This, in every way, is a good thing done by Instagram for its users.