Intel has a shortage of Chips 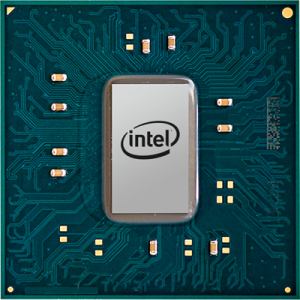 Technological advancements have come a long way from when they were created. A computer required a whole room to function properly and now we can fit one in our backpack. Mobile phones have lost their long antennas and thick buttons and now serve as a major standard statement in today’s world. It is true that we’ve come a long way but we’ve paid a price for that. Any form of product manufacturing requires natural material especially electronic devices as the inner construction of these devices consists mostly of batteries, conductors and semiconductors. A lot of resources and planning go into creating our laptops which we use so effortlessly.

A laptop or any electronic device has chip sets inside of them. Chip sets which monitor and power the whole system. A main component of these chips is semiconductors. Semiconductors are exactly what they sound like. It’s a material which is not a complete conductor but it’s not an insulator either. The functionality of these materials is far too complicated for me to elaborate upon in this article. Semiconductors were mainly produced in the United States of America at one time but now the hotspot lies in Asia. However, one of the biggest players of the chipset battleground is Intel. A LOT of devices on this Earth function on an Intel chipset. Now, when a company this big and this significant in the technology world says that there is going to be a shortage of semiconductors and a shortage of chipsets then you as a consumer might have a little something to worry about.

The demand for electronic devices skyrocketed during the pandemic. The world collectively saw a paradigm shift in the work as well as education department. The “work from home” routine was dominant in the whole world and that meant that the sales as well as production had to go up. The sales did, production did not. Semiconductors are crafted very precisely and the materials used are rare earth metals which require a lot of time and energy for their extraction. This caused a major problem for the production lines of advanced chipsets.

Intel has said that due the factors mentioned above and some other processes at play the shortages of chipsets might last longer than anticipated. Intel does plan on opening up two new factories in Arizona, USA to boost up the production. This is a $20 Billion dollar project. Officials have said that the problem will be under control.

What does that mean for regular customers? All we can do right now is predicting the movement of the market. A shortage in supply and an increase in demand usually mean a price hike and selective availability. The market will take a turn soon enough and we should be ready for a very different sales strategy of the major players.