Iran is all set to legalize cryptocurrency 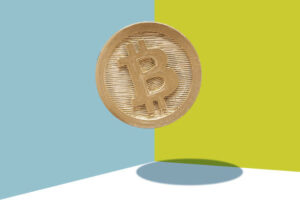 The El Salvador President, Nayib Bukele not only created history for the country by adopting crypto as legal tender, but his decision also inspired many leaders across the world. And now, following the footsteps of the Salvadoran President, Iran is all prepared to legalize cryptocurrency in the country. The President of Iran, Hassan Rouhani announced his wish to legalize cryptocurrency in Iran very soon. This announcement by the President was made in an Economic Coordination Board Meeting of the Government.

“To legalize the activity of cryptocurrencies and protect the capital of people in this area, we must think of a solution as soon as possible and establish the necessary laws and instructions,” Rouhani said.

Moving ahead to the legalization of cryptocurrency in Iran, Rouhani asked the Government officials of Iran to start their work on the legal framework and rules to regulate currencies like bitcoin in the country. This planning of the set of rules and their clear communication to the citizens will help to reduce the unprofessional crypto tradings in the country.

Last Year, Iran also came forward to approve 50 bitcoin mining farms to function in the country, but this year, due to the shortage of electricity, the government had to impose a ban on bitcoin mining for an uncertain time period. Keeping in mind the disadvantages of adopting the cryptocurrency, the President asked the Economic Coordination Board to monitor the transactions strictly to reduce any risk and to make the acceptance of the cryptocurrency safe.

The motivation behind Iran adopting cryptocurrency is somewhat similar to that of El Salvador. Iran is also planning to boost its plunging International Trade which is severely affected by the Countering Americas Adversaries Through Sanctions Act which was imposed by the US on the country, and hence the American companies are avoiding the country for business. Also, as the American dollars are also restricted in the country, hence, there is no way to connect with the global banking system for the country. Considering these critical situations of the country’s economy, Iran is now planning to welcome the cryptocurrency with open arms to solve a lot of economic issues of the country just like El Salvador.

The Legalisation of cryptocurrency in Iran will not only boost the economy but will also prove to be fruitful for the crypto investors in the country. Stricter regulations by the Iranian government will also help to avoid any security issues with virtual currency usage.