Is AI all set to step into detective work ? AI recognizes French criminal 'The Ghost' to help Dubai police nab him

The impact of artificial intelligence has been felt across diverse fields. And now AI has displayed the potential to even hone the Sherlock Holmes suit.

Dubai has already deployed artificial intelligence for public security as well as for supporting people in smart ecosystems. Recently, the UAE police also began testing the potential of drones to nab robbers. Artificial Intelligence also proved to be of substantial help in solving a number of murder cases by reading brainwaves of suspects. 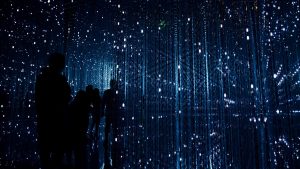 Recently, Dubai made headlines by using smart facial recognition to track and analyse elements of suspicion and criminal traits especially in metro stations. Though it is of significant help, the technology also entails questions related to privacy and safety. However with the recent capture of a notorious narcotrafficker, artificial intelligence has scored a point.

Moufide Bouchibe had been a rather intense headache for the police and interpol since tracking him had become a Herculean task which almost resembled chasing a ghost, one reason why the criminal was nicknamed ‘The Ghost.’ One reason why he was masterfully slipping through the hands of the authorities was due to the fact that he kept changing his ID everwhere he went. Added to this difficulty was the lack of a proper photograph of him from the last twenty years.

However, Bouchibi’s ability to stay off the radar and be the invisible man was taken for a toss by machine learning, once again underscoring its immense possibilities and scope. With the help of machine learning, the available images and videos of Bouchibi was processed finally taking off the veil of invisibility. Following a series of events that was almost similar to a crime series, the police finally caught hold of the ghost.

This event also implies the level of success that can come out of a collaboration between man and machine. If the equation is right, the results will be remarkable by default, solving a wide range of problems.

Apart from criminal tracking, smart surveillance is also providing remarkable support in keeping an eye on traffic rule violations which helps in avoiding accidents and saving lives. Tracking devices are also helping jail inmates to integrate with the society by letting them walk out of the prison.

Dubai has also begun using social recognition in airports where instead of passports, iris scans are used which enables contactless access to customers, which is especially relevant in a situation like this.