IT Major, 19-year old Jack Sweeny has successfully appeared to track Elon Musk’s jet’s whereabouts from air traffic control data that is available publicly. Interestingly, as there are security concerns, the 19-year-old college student tries to have a deal with one of the richest men in the world. Initially, Elon Musk stated that he would offer $5,000 for taking down the Twitter account which tracks his travels. With that offer, the student asked for $50,000 instead, saying it would help with his college. While Elon Musk stated he would think about it, he is not bulging and trying certain tricks to fool around with the kid. More like proving that the bot isn’t as effective as it may seem. 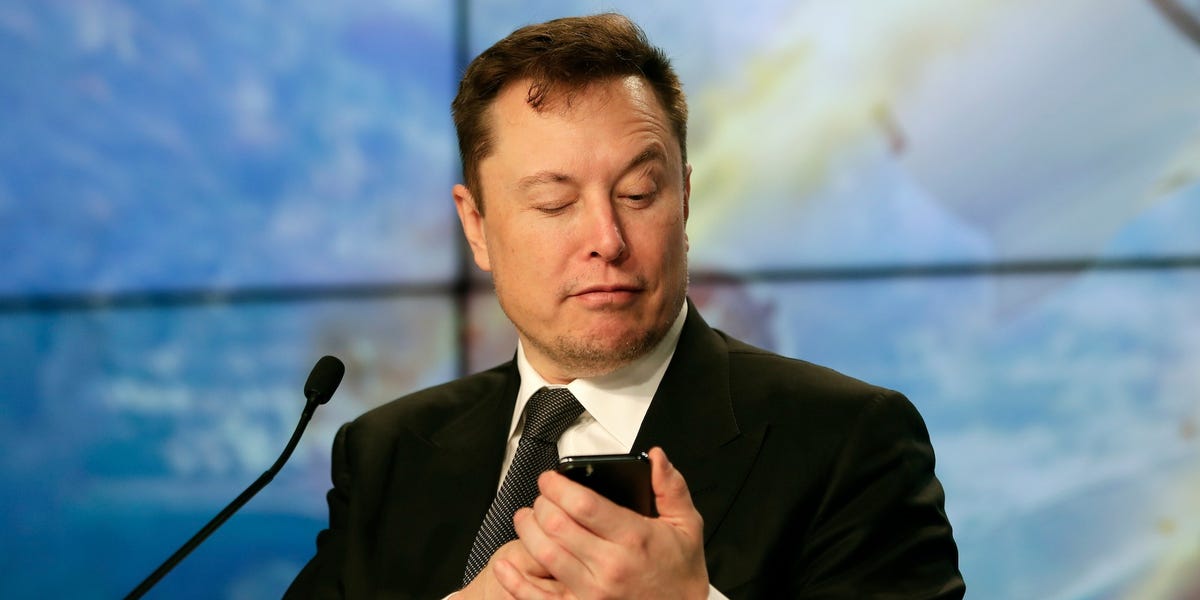 On January 26th, Musk was at a conference, being visible on screen to everyone in the world during Tesla Q4 2021 earnings call. During that time the bot showed that Elon Musk was traveling to Texas. With this twist, Sweeny, the college student mentioned on the account that the bot only tracks Elon Musk’s jets and not the person in it. Regardless, it is an interesting play going on between both of them. Here is the screenshot where Musk texted Sweeny to take down the Twitter bot account. 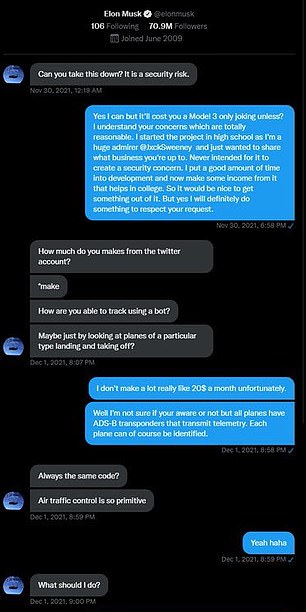 Sweeney’s sophisticated program relies on data from multiple public sources to track flight plans that are otherwise not easily available to the public. His system requires deep inside knowledge of the aviation system, which Sweeney gained from a father who works in the airline industry, as well as his lifelong hobby of tracking planes.

Sweeney explained to Musk how his system works, then the billionaire seemed surprised that the information was publicly accessible, commenting, ‘Air traffic control is so primitive.’

The most recent exchange of messages between the two was last Wednesday when Sweeney said he’d prefer an internship over-payment in exchange for deleting the account. However, Elon Musk seems to be trying other methods to solve this issue. Sweeney tweeted that Musk had used a ‘blocking program’ to try to prevent being tracked, adding: ‘but already found the aircraft’.

Tesla usually does interns with students from various backgrounds, provided the resume falls through the process. Elon Musk’s companies Tesla, SpaceX, and others are always on the lookout for more talent to recruit. It does seem like Musk is showing to the kid, he won’t fall for this trick. It is unclear what Elon Musk plans to do about the Twitter account tracking his whereabouts.