Jack Dorsey to sell the first ever tweet for $48 million

Sina Estavi, the chief of Malaysian blockchain service Bridge Oracle, said in a tweet yesterday that he wants to sell Jack Dorsey’s first tweet as an NFT for 14,969 Ether, or about $48.3 million, 16 times what Estavi paid for it a year ago. It is now listed for that price on the NFT marketplace OpenSea.

The massive price tag for what is essentially an image of a tweet with a verified owner, would put the NFT in a similar price range as works of art by famous artists like Pablo Picasso and Vincent van Gogh, 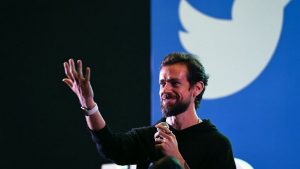 Even in terms of the outrageous prices of the NFT market, the asking price is steep. The first notable piece of NFT art to sell was Beeple’s Everydays: The First 5,000 Days, which fetched an eye-popping $69 million at auction last year.

After Beeple’s landmark sale, the market for profile picture NFTs exploded, with two popular collections, Bored Ape Yacht Club and CryptoPunks selling for the highest prices. Still, the most expensive Bored Ape ever sold cost just over $2 million and no CryptoPunk except for one has sold for more than $23 million.

The former CEO of the leading social media announced that he would donate the money he had received from the sale to charity after converting it to Bitcoin. Estavi is now willing to see the NFT for a cool 14,969 Ether. He has promised that half of the proceeds from the auction will go to charity. However, Dorsey apparently wants the owner of his very first tweet to donate 99% of the sum, according to a recent tweet.

Dorsey has been a keen supporter of the cryptocurrency space for years, mainly focusing on Bitcoin and not shying away from displaying his contempt for altcoins.

Last February, Block (formerly known as Square) purchased an additional $170 million worth of Bitcoin. In January, the company announced that it would build an open Bitcoin mining system. Dorsey stepped down as Twitter CEO last November to focus on his cryptocurrency ambitions.