The marketplace, which is slated to go live on April 13, will run on the LINE blockchain — the company’s proprietary network. Users can hold their digital collectibles in the company’s LINE BITMAX wallet. 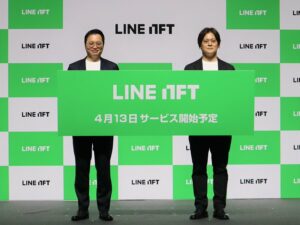 The launch of the LINE NFT platform is in line with the company’s long-standing quest to be a major player in the blockchain industry, and with the marketplace, it will be able to provide a better alternative to all of its 90 million monthly users to participate in the growing NFT ecosystem.

Through LINE NFT, users can purchase digital art and trade them at will. Per the launch schedule revealed, the marketplace will feature a total of 100 collectables at launch encompassing 7 genres and curated from a total of 17 content creators. These content platforms include but are not limited to the popular Yoshimoto Kogyo.

LINE has an active blockchain research lab which it floated back in 2018 and has done impressive research to encompass the key emerging offshoots of blockchain technology. As a part of its strides, the social media giant launched the “NFT Market β” where NFTs based on LINE Blockchain can be traded.

The advent of the Beta market exposed and prepared the company for the launching of the LINE NFT. While the total number of collections seem limited at first, the social media platform affirmed plans to increase the collection library through an active partnership with key players with vested interests in the space including SoftBank Corp. and Z Holdings Corp. 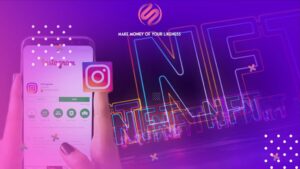 Z Holdings, another subsidiary of SoftBank, will reportedly build a similar marketplace, DOSI, in 180 countries. Line’s platform, however, is separate from Z Holdings’ NFT plans.

“It’s possible Web3 will herald a world where life is completely different, and we don’t want the company to miss out on the huge growth opportunity,” Kentaro Kawabe, co-chief executive of Z Holdings, said in an interview.

The formation of both subsidiaries of the Japanese conglomerate follow closely on the heels of e-commerce company Rakuten’s NFT plans.

Rakuten announced its marketplace for blockchain-based assets on Feb. 25 and will allow users to buy, sell and trade cryptoassets based on Japanese manga and TV shows.