Job positions for crypto, blockchain and NFTs increasing staggeringly, according to Indeed 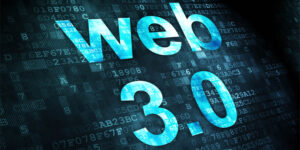 Since the emergence of Web3, a lot continents across the globe have been under the ecstatic effect of the cryptocurrency, blockchain, and NFTs. If the reports are to be believed, the technology has also reached the Indian subcontinent. Though the current situation of the market is bearish and is not in a position to promise huge benefits and rewards, the development of crypto, blockchain in Indian Subcontinent certainly brings in positivity in the market.

A high-tech enabled country such as India certainly provides abundance of opportunities for the crypto market to scale up and growth exponentially. The shift of the market from bear to bull will definitely help the market in India to scale up even more.

The headline itself is ecstatic to read. The staggering jump in the growing job positions for Cryptocurrency, Blockchain is really enriching the market. According to the reports, research released by the leading job portal Indeed depicted that, job postings for crypto, blockchain and NFTs have increase by at least 804% since 2020. The data also revealed that there has been a steep acceleration in the market’s demand. In 2022, the increase was 315%.

If the reports are true, the rise in job postings has been by at least 15x from 2019, highlighting the major role that the pandemic played in increasing the demand. The top job role across the field is for application developer, followed by data engineer and full stack developer.

Head of sales of Indeed comments on the growing demand for crypto in India.

The head of sales, Sashi Kumar, said that, “India is a technology enhanced economy, as the institutions in the nation are actively investing in adopting high tech, allowing India to stand at the top in the modern digital era.” He further mentioned that, “Technological Hubs such as Bengaluru and Hyderabad continue to lead with hiring in the sector.

In conclusion it can be said that, even though the job postings for the technology is increasing, the issues of scaling, security continue to persistently haunt the market. However, sectors such as finance, healthcare, and gaming are prevailing in the nation which are majorly focusing in implementing decentralized finance, which is signaling towards the growing demand for the technology. If the reports are to be believed, the blockchain tech will grown rapidly, reaching $176 billion by 2025, potentially creating more job prospects.