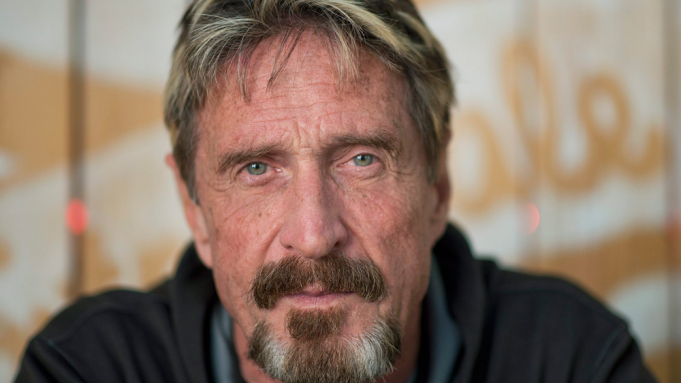 John David McAfee, a British-American software developer, computer programmer, and a bit of a unique character in the cryptocurrency space took his last breath in a Spanish Prison on June 23, 2021.

The popular businessman was the founder of the most reputed anti-virus software company, McAfee. He founded the company McAfee Associates back in 1987 and resigned from the same in 1994 to create new businesses which he definitely did. McAfee Associates saw very early success with its commercial antivirus software, McAfee but the business must go on.

Later on, John McAfee founded the first-ever internet-based instant message and chat program, Tribal Voice, followed by technology company QuorumEx and Future Tense Central, a security and privacy company, as mentioned in a report by Cointelegraph. All in all, it is evident from his life journey that McAfee was an inquisitive entrepreneur at heart who wanted to create a legacy which he absolutely did.

Remembering John McAfee without mentioning his work in cryptocurrency would be an injustice. The man, made headlines in the crypto space back in 2017, predicting the future of Bitcoin, claiming that it would value USDD 50,000 by the year 2020 and over USD 1 million by 2021. Since we know by now that both of these predictions came out wrong, the confidence of McAfee was praised by many and we cannot deny the rise of Bitcoin and overall the cryptocurrency market in 2020 and 2021.

Having said that, the businessman got in serious trouble with the United States government in 2020 when he was categorized as a defaulter for not paying tax return from the year 2014 to 2018 and reportedly hiding the income that was pushed through consulting work and cryptocurrency, as mentioned in a report by Cointelegraph.

Following his crime, John McAfee was arrested by the authorities in October 2020 at Barcelona International Airport, detaining the popular businessman until a decision on his extradition could be reached.

Anyhow, reports say that McAfee tweeted regularly from prison, describing his conditions and one of the last messages that he tweeted was that he had lost his entire crypto holdings and many of his friends. This is sad but true!

I can see a small piece of sky above the tall concrete walls of the prison yard. The walls seem to frame, in contrast, the deep blue sky and the fluffy clouds drifting through it.

It turns this tiny sky window into a jewel of extraordinary beauty.

Well, before any of these actions could go in place, John McAfee left for his heavenly abode. The world may see him as a fugitive today but in the world of technology, he was a well-respective entrepreneur who had earned a legacy through his businesses.