JP Morgan increases Bitcoin price target to $146k like before

JP Morgan has been giving us mixed signals regarding its take on Bitcoin’s price. A few days back, they said that the fair value of BTC is $35k, and now they are saying that BTC is liley to reach $146k. This price target was given by the firm a lot before, but later they reduced it. And as JP Morgan increases the Bitcoin price target to $146k, we should also know why. According to them, if the volatility of BTC drops and more institutional investors jump in BTC instead of Gold, we could see a surge in price.

Recently the firm released a report regarding its focus on alternative investment options. And this included our all-time favorite digital assets like BTC and ETH. In this, JP Morgan’s analyst said that BTC has a short-term price target of $73k and could reach $146k in the long run. The firm plans to release the same report every 2-3 months. So, it will be interesting to see if they keep the price target the same. 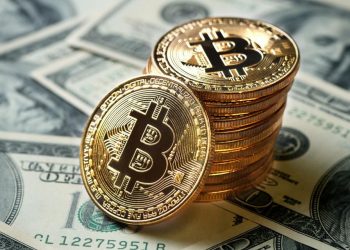 JPMorgan also gave an essential outlook as to why the price action might be slow here. The current price point looks like an unattractive entry point, according to them, and I kind of agree with this. Investors are still joining in, but it’s slow. The good thing is that Gold had failed to act as an inflation hedge when people needed it. And as a result, investors are moving to Bitcoin.

JP Morgan also pointed out that the volatility of BTC is a big problem. And for it to rise in value, this must change. The price of BTC is so unpredictable right now that one cannot say with 100% conviction whether $100k is next or $30k.

After a long wait Bitcoin ETFs have in approved in the US. Yes, at present, it is a futures ETF, and we all are waiting for a spot one, but it’s a start. If history is to repeat itself, Bitcoin could go on a parabolic bull run for years just like Gold did since the first ETF was introduced in 2004. This makes me even more bullish for Bitcoin in the long run, and yes, short-time highs and lows don’t mean anything if you zoom out the chart.

What are your thoughts as J.P. Morgan increases the Bitcoin price target to $146k? And do you think we will achieve this by the end of this bull run? Let us know in the comments below. Also, if you found our content informative, do like and share it with your friends.