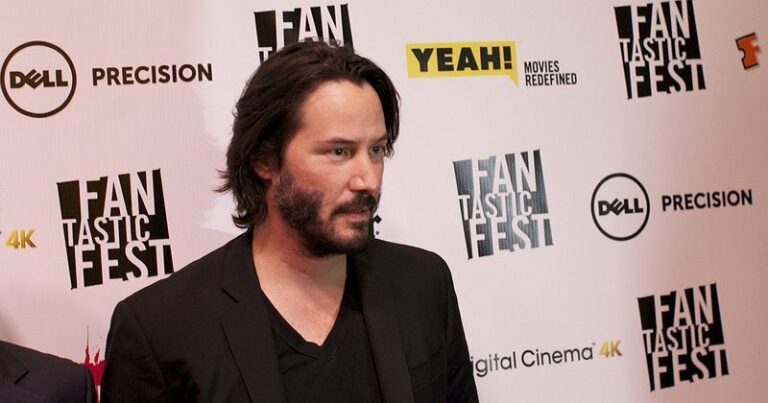 In a recent interview with The Verge, the actor of The Matrix trilogy and its impending sequel, Resurrections, made that apparent, touching on hot tech issues like NFTs and the metaverse. When it comes to the latter, Reeves has a strong opinion: leave Facebook out of it. Facebook’s Metaverse will not spur innovation says Keanu Reeves.

Facebook’s Metaverse will not spur innovation

Keanu Reeves isn’t a fan of a metaverse created by an IT behemoth, claiming that the concept provided by Facebook is too outdated for today’s environment. Reeves also has some comments on NFTs. Reeves told The Verge that the concept of the metaverse is “far older” than Facebook’s Meta.

He also said that a friend had purchased cryptocurrencies for him “a while back,” but he likes to keep it in his wallet. Reeves also laughed at the idea of “easily replicable” non-fungible tokens (NFTs).

Nifty’s, an NFT marketplace, announced the sale of 100,000 unique avatars based on the Matrix universe in the form of NFTs in November of this year. Warner Bros. and Epic Games‘ MetaHuman Creator collaborated to create the avatars. Users could purchase NFTs for $50 each in the first phase of the sale.

Nifty’s, a non-fungible tokens (NFTs) marketplace, has announced that it will sell 100,000 unique avatars based on the Matrix universe as NFTs. The avatars were created in collaboration with Warner Bros. and Epic Games’ MetaHuman Creator, according to a tweet from the site.

All buyers will be able to pick between a “Blue Pill,” which will maintain their avatar in the Matrix, and a “Red Pill,” which will change their avatars into resistance fighters, in the second phase, which is set to begin on Dec. 16. However, it is unclear how the decision will affect NFTs.

NFTs are gaining in popularity these days. Even Bollywood stars like Amitabh Bachchan and Salman Khan have auctioned off their movie posters and other mementos as NFTs. His admirers have purchased his NFT collectibles from the bidding site beyondclub.com. His father’s renowned poem was included in Bachchan’s NFT collectible collection.

In other words, Reeves isn’t opposed to decentralized technologies like crypto or the metaverse in general, as long as Facebook keeps out of it.