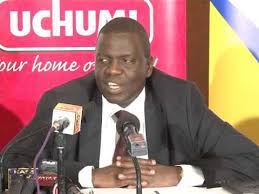 Julius Kipng’etich, a Kenyan insurance executive, has equated cryptocurrencies like bitcoin to Ponzi schemes and advised his compatriots not to “touch this.” Furthermore, Kipng’etich cautioned individuals currently engaged in cryptocurrency trading to be prepared for the consequences, stating that it always “ends in tears.”

Bitcoin as a Means of Payment

Surprisingly, when speaking to business seminar attendees, Kipng’etich acknowledges that bitcoin already fits one of the criteria for being treated as currency. He explained that currency serves as both a medium of transaction and a store of value. So all currency is a medium, and I give it to you in exchange for anything.

Kipng’etich’s attitude on cryptocurrency appears to be similar to that of certain central banks. The South African Reserve Bank (SARB), for example, admits that “crypto-assets have the possibility to be used for payments (exchange of such value) and for investment purposes by crypto-asset users” in its 2019 consultation paper on crypto assets.

The government is in charge of determining how much value has been assigned. It is for this reason that they issue currency, as it reflects a production… The central bank then converts the output into money.

As a result, cryptocurrencies like bitcoin are worthless or “hot air,” as Kipng’etich describes them, when measured against this criterion.

People have been making such comments about bitcoin and cryptocurrency trading for a long time. Most recently, Nassim Nicholas Taleb, author of “Black Swan,” called bitcoin a “gimmick,” telling CNBC that he believes it is too volatile to be an effective currency and is not a safe hedge against inflation.

“In general, there is no link between inflation and bitcoin. None. I’m referring to

What do you think of such a remark over cryptocurrency trading? Tell us in the comment section below.