The much spoken about application Koo has been recently in news as a prominent Chinese investor took the exit door. The application is turning out to be a substitute for Twitter and this somehow has connections with this exit. To get into the facts; let’s dive in.

Koo is predominantly an Indian based blogging service that is headquartered in Bengaluru, Karnataka. It was created by Aprameya Radhakrishna & Mayank Bidawatka last year. It was introduced in Kannada but then it extended to hindi, English, Marathi, Telugu, Tamil and Marathi. The plans are to spread its wings and also include all possible Indian languages.

But now the  scenario has changed; the list has now been modified as Accel Partners alongwith other companies have made an attempt to buy half stake of Shunwei Capital. The rest according to sources ; will be taken by angel investorslike: 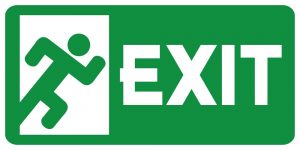 Shunwei capital is a Chinese firm that is set up by Lei Jun & Tuck Lye Koh. The founders are also hold the same position for a major mobile company Xiaomi.

The Chinese company initially was in a mood to bet in the bidding start-ups and ventures in the country India. Therefore, they held close to 9% stake in the parent firm of the application.

Aprameya Radhakrishna, Chief Executive Officer and Co-founder, Koo said, “As earlier stated, we had been in discussion with Shunwei Capital to enable a smooth exit after it invested in our company 2.5 years ago while we were raising funds for Vokal and have now fully exited the parent company Bombinate Technologies.”

The question’s answer is related to the much talked about topic to make India more self sufficient & self-reliant. Pandemic brought certain realities into picture and somehow the fact established importance that People’s Republic Of China has a hand behind this cuss. So; a lot of ban happened and therefore it can be the best response that the Chinese companies or investors can come up with.

Moreover, recently Twitter indulged into activities of spreading misinformation about the farmer’s protests trying to create more disturbance. Therefore; a need was generated.

A thought was induced into the mind of Indians to become atmnanirbhar and the leadership also made its viability the top most priority. Slowly we started to back up ventures that can eventually make India completely stable & independent.

The other reason of shift can be the thought that there are countries across the globe especially China who have their own social media sites. They never use Whatsapp, Twitter and Instagram.

If they can they why not us?

Koo is a great example of Indian determination & passion.

It has created a challenge for the Twitter as the app received good response.