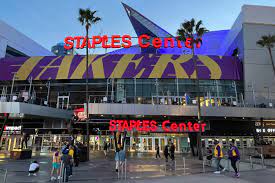 According to a press statement, the Staples Center arena in Los Angeles will be renamed Crypto.com Arena on Christmas Day. The L.A. Times reported, citing persons familiar with the case, that the Singapore-based crypto exchange purchased the naming rights from AEG for $700 million for 20 years.

Staples Center to be renamed

The Lakers, Clippers, Sparks, and Kings will all play at the Staples Center in Los Angeles, which will be renamed Crypto.com Arena. The institution announced the change on Wednesday, adding that the new name will go into effect on December 25.

According to organizers, the new name is part of a “historic” 20-year naming rights agreement between AEG and Crypto.com. According to a press release, the deal also makes Crypto.com the “only cryptocurrency platform partner of the Los Angeles Lakers and the LA Kings.”

Crypto.com, based in Singapore, has been operating as a cryptocurrency exchange platform and online wallet for users since 2016. In recent years, the firm, like with other cryptocurrencies, has invaded the sports industry. Crypto.com already has sponsorship relationships with Formula 1 racing and is the Philadelphia 76ers’ jersey patch sponsor.

The new logo will be unveiled on Dec. 25 when the Lakers take on the Brooklyn Nets, and all Staples Center signage will be updated by June 2022. Kris Marszalek, the CEO of Crypto.com, expects that the new name will be recognized as a sign of the times.

In 1999, when Staples was riding high as one of America’s top retailers, it spent roughly $120 million for a 20-year naming rights deal. It renegotiated permanent naming rights for an undisclosed sum ten years later.

Nobody knew, though, that AEG was ready to bring in a newer name. It secretly purchased the naming rights from Staples, which was owned by private equity firm Sycamore Partners at the time.

When Crypto.com learned that AEG was looking for a new sponsor this summer, the two sides began negotiating an agreement that includes several experiential and altruistic elements. AEG will be able to rebrand its facility in a way that feels more futuristic than previous iterations. It’s all about raising Crypto.com’s brand in the heart of America’s entertainment and creator economy.

Earlier this year, rival crypto exchange FTX paid $135 million for the 19-year naming rights to the NBA stadium in Miami. If Coinbase.com and Robinhood weren’t looking for arena agreements yesterday, they are most likely looking for them now.

Yes, there are echoes of the dot-com era, when Internet start-ups competed for naming rights. CMGI, for example, failed to stage even a single game on their football field (instead, the New England Patriots play at Gillette Stadium).

Also read: How to send a Crypto Invoice