Lido Learning Let’s Go of 1200 Employees after Not Paying Them Salaries The company had asked more than 1,200 employees to resign abruptly in a virtual townhall meeting in the first week of February

Lido Learning is a start-up company based in India that is a player in the edtech field. The company failed to pay many of their employees for the first month of this year and on the first week of February were told out of the blue that they will have to quit the company. Over 1200 workers of the company have faced this unfair fate.

At the start of the month, the people that were let go received an email from the company stating how much money the company owes them and requested them to accept the offer and reply with their signature. Many of them obliged and did the needful hoping they would get their remuneration for the work they put in but none of them have received any money yet from the company. 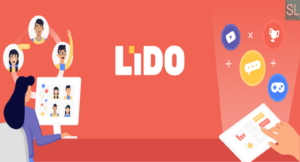 The letters however have not mentioned any deadlines or approximate time it would take to receive the money, but they did not expect it would take so long, said an employee who was one of the recipients to the email. He went to say that many of them sent the reply with the relevant details added as soon as they received the email as they need the money. The amount of money due was correct but not even a single paisa has been transferred yet. Almost five months has passed since their salaries were overdue and not receiving anything from their employers is just unfair to thousands of people.

Another employee from West Bengal came out to say that she really needs the money as soon as possible as she is the sole earner in her household where her father is aged and unwell and she has multiple siblings pursuing huger education. She has also urged the company to pay their people as soon as possible as the money would play a crucial part in helping them stay stable. She has even gone on to say that her brother who is still in school has started working to support their family.

Many employees who were let go have now been experienced the strain the job market has been facing as they are unable to be hired by another company. Start-ups have been forced to downsize and let go of employees recently and the edtech industry of India have been letting go of employees the most. Companies like Lido Learning, Vedantu, and Newton School are prime examples as they have all let go of scores of the pool of talent this country has to offer.